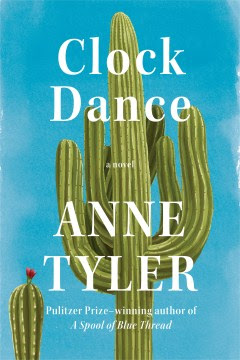 Willa Drake can count on one hand the defining moments of her life: when she was eleven and her mother disappeared, being proposed to at twenty-one, the accident that would make her a widow at forty-one. At each of these moments, Willa ended up on a path laid out for her by others. So when she receives a phone call telling her that her son’s ex-girlfriend has been shot and needs her help, she drops everything and flies across the country. The spur-of-the-moment decision to look after this woman – and her nine-year-old daughter, and her dog – will lead Willa into uncharted territory. Surrounded by new and surprising neighbors, she is plunged into the rituals that make a community and takes pleasure in the most unexpected things. 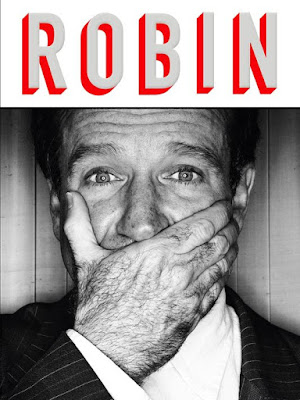 This well-written page-turner is the definitive biography of the genius of Robin Williams, whose life redefines the highs and lows of the American dream' Steve Martin From his rapid-fire stand-up comedy riffs to his breakout role in Mork & Mindy and his Academy Award-winning performance in Good Will Hunting, Robin Williams was a singularly innovative and beloved entertainer. He often came across as a man possessed, holding forth on culture and politics while mixing in personal revelations - all with mercurial, tongue-twisting intensity as he inhabited and shed one character after another with lightning speed.But as Dave Itzkoff shows in this revelatory biography, Williams's comic brilliance masked a deep well of conflicting emotions and self-doubt, which he drew upon in his comedy and in celebrated films like Dead Poets Society; Good Morning, Vietnam; The Fisher King; Aladdin; and Mrs Doubtfire, where he showcased his limitless gift for improvisation to bring to life a wide range of characters. And in Good Will Hunting he gave an intense and controlled performance that revealed the true range of his talent.Robin by Dave Itzkoff shows how Williams struggled mightily with addiction and depression - topics he discussed openly while performing and during interviews - and with a debilitating condition at the end of his life that affected him in ways his fans never knew. Drawing on more than a hundred original interviews with family, friends and colleagues, as well as extensive archival research, Robin is a fresh and original look at a man whose work touched so many lives. 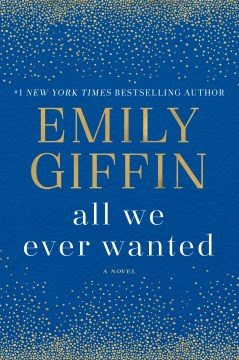 All We Ever Wanted
by Emily Giffin

Nina Browning is living the good life after marrying into Nashville's elite. Her husband's tech business is booming, and her adored son, Finch, is bound for Princeton. Tom Volpe is a single dad working multiple jobs. His adored daughter, Lyla, attends Nashville's most prestigious private school on a scholarship. But amid the wealth and privilege, Lyla doesn't always fit in. Then one devastating photo changes everything. Finch snaps a picture of Lyla passed out at a party, adds a provocative caption, and sends it to a few friends. The photo spreads like wildfire, and before long, an already divided community is buzzing with scandal and assigning blame. In the middle of it all, Nina finds herself relating more to Tom's reaction than her own husband's--and facing an impossible choice. 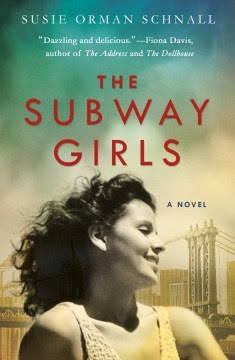 In 1949, dutiful and ambitious Charlotte's dream of a career in advertising is shattered when her father demands she help out with the family business. Meanwhile, Charlotte is swept into the glamorous world of the Miss Subways beauty contest, which promises irresistible opportunities with its Park Avenue luster and local fame status. But when her new friend—the intriguing and gorgeous fellow-participant Rose—does something unforgivable, Charlotte must make a heart-wrenching decision that will change the lives of those around her forever. Nearly 70 years later, outspoken advertising executive Olivia is pitching the NYC subways account in a last ditch effort to save her job at an advertising agency. When the charismatic boss she’s secretly in love with pits her against her misogynistic nemesis, Olivia’s urgent search for the winning strategy leads her to the historic Miss Subways campaign. As the pitch date closes in on her, Olivia finds herself dealing with a broken heart, an unlikely new love interest, and an unexpected personal connection to Miss Subways that could save her job—and her future. 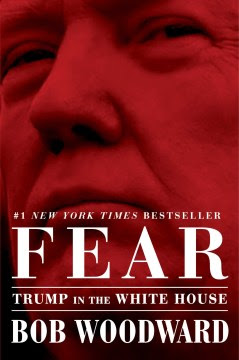 Fear : Trump in the White House
by Bob Woodward 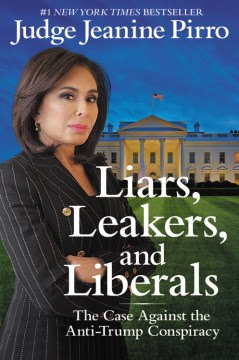 Liars, leakers, and liberals : the case against the anti-Trump conspiracy
by Judge Jeanine Pirro

As host of her own show on Fox for many years, Judge Jeanine Pirro has seen firsthand how narratives take form, whether they are based in truth or not. In her explosive new book, she writes about some of the most egregious lies she's seen, and takes on the Liars, Leakers, and Liberals. 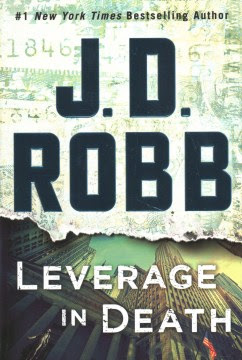 Leverage in death
by J.D. Robb

What would you do to protect your family? When Paul Rogan sets off a bomb at his office, killing eleven people, no one can understand why. He was a loving husband and father, with everything to live for. Then his wife and daughter are found chained up in the family home, and everything becomes clear. Rogan had been given a horrifying choice - set off the bomb, or see his loved ones suffer and die. Lieutenant Eve Dallas knows the violence won't end here. The men behind the attack are determined, organised and utterly ruthless. In this shocking and challenging case, both Eve and husband Roarke are heading into serious danger. 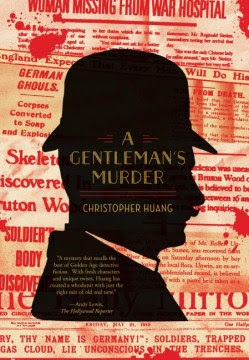 A Gentleman's Murder
by Christopher Huang

The year is 1924. The cobblestoned streets of St. James ring with jazz as Britain races forward into an age of peace and prosperity. London's back alleys, however, are filled with broken soldiers and still enshadowed by the lingering horrors of the Great War.  Only a few years removed from the trenches of Flanders himself, Lieutenant Eric Peterkin has just been granted membership in the most prestigious soldiers-only club in London: The Britannia. But when a gentleman's wager ends with a member stabbed to death, the victim's last words echo in the Lieutenant’s head: that he would "soon right a great wrong from the past." Eric is certain that one of his fellow members is the murderer: but who? Captain Mortimer Wolfe, the soldier’s soldier thrice escaped from German custody? Second Lieutenant Oliver Saxon, the brilliant codebreaker? Or Captain Edward Aldershott, the steely club president whose Savile Row suits hide a frightening collision of mustard gas scars?  Eric's investigation will draw him far from the marbled halls of the Britannia, to the shadowy remains of a dilapidated war hospital and the heroin dens of Limehouse. And as the facade of gentlemenhood cracks, Eric faces a Matryoshka doll of murder, vice, and secrets pointing not only to the officers of his own club but the very investigator assigned by Scotland Yard.
Email ThisBlogThis!Share to TwitterShare to FacebookShare to Pinterest
Newer Post Older Post Home