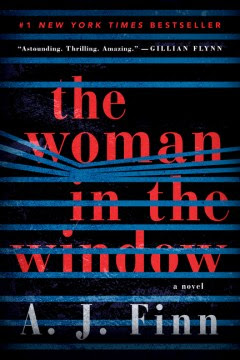 The Woman in the Window
by A. J. Finn

Anna Fox lives alone, a recluse in her New York City home, drinking too much wine, watching old movies and spying on her neighbors. Then the Russells move next door: a father, a mother, their teenage son. The perfect family. But when Anna sees something she shouldn't, her world begins to crumble and its shocking secrets are laid bare. What is real? What is imagined? Who is in danger? Who is in control? 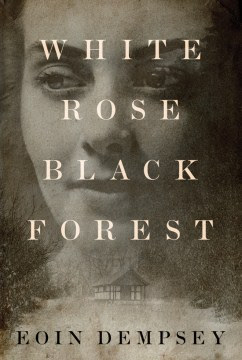 In the shadows of World War II, trust becomes the greatest risk of all for two strangers. December 1943. In the years before the rise of Hitler, the Gerber family’s summer cottage was filled with laughter. Now, as deep drifts of snow blanket the Black Forest, German dissenter Franka Gerber is alone and hopeless. Fervor and brutality have swept through her homeland, taking away both her father and her brother and leaving her with no reason to live. That is, until she discovers an unconscious airman lying in the snow wearing a Luftwaffe uniform, his parachute flapping in the wind. Unwilling to let him die, Franka takes him to her family’s isolated cabin despite her hatred for the regime he represents. But when it turns out that he is not who he seems, Franka begins a race against time to unravel the mystery of the airman’s true identity. Their tenuous bond becomes as inseparable as it is dangerous. Hunted by the Gestapo, can they trust each other enough to join forces on a mission that could change the face of the war and their own lives forever? 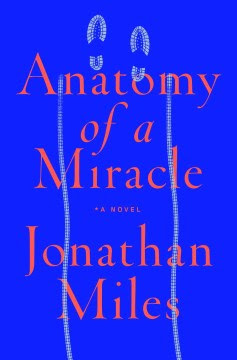 Anatomy of a Miracle
by Jonathan Miles

Rendered paraplegic after a traumatic event four years ago, Cameron Harris has been living his new existence alongside his sister, Tanya, in their battered Biloxi, Mississippi neighborhood where only half the houses made it through Katrina. One stiflingly hot August afternoon, as Cameron sits waiting for Tanya during their daily run to the Biz-E-Bee convenience store, he suddenly and inexplicably rises up and out of his wheelchair. In the aftermath of this miracle, Cameron finds himself a celebrity at the center of a contentious debate about what's taken place. And when scientists, journalists, and a Vatican investigator start digging, Cameron' s deepest secrets--the key to his injury, to his identity, and, in some eyes, to the nature of his recovery--become increasingly endangered. Was Cameron's recovery a genuine miracle, or a medical breakthrough? And, finding himself transformed into a symbol, how can he hope to retain his humanity? -Amazon.com 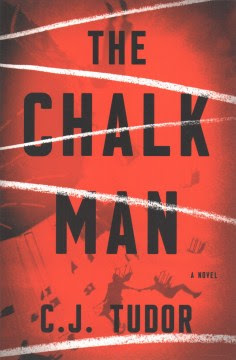 In 1986, Eddie and his friends are just kids on the verge of adolescence. They spend their days biking around their sleepy little English village and looking for any taste of excitement they can get. The chalk men are their secret code; little chalk stick figures they leave for each other as messages only they can understand. But then a mysterious chalk man leads them right to a dismembered body, and nothing will ever be the same. In 2016, Eddie is fully grown, and thinks he's put his past behind him. But then he gets a letter in the mail, containing a single chalk stick figure. When it turns out his other friends got the same messages, they think it could be a prank . . . until one of them turns up dead. That's when Eddie realizes that saving himself means finally figuring out what really happened all those years ago. Expertly alternating between flashbacks and the present day, The Chalk Man is the very best kind of suspense novel, one where every character is wonderfully fleshed out and compelling, where every mystery has a satisfying payoff, and where the twists will shock even the savviest reader.
Email ThisBlogThis!Share to TwitterShare to FacebookShare to Pinterest
Newer Posts Older Posts Home
Subscribe to: Posts (Atom)