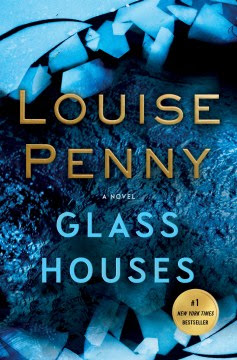 When a mysterious figure appears in Three Pines one cold November day, Armand Gamache and the rest of the villagers are at first curious. Then wary. Through rain and sleet, the figure stands unmoving, staring ahead. From the moment its shadow falls over the village, Gamache, now Chief Superintendent of the Sûreté du Québec, suspects the creature has deep roots and a dark purpose. Yet he does nothing. What can he do? Only watch and wait. And hope his mounting fears are not realized. But when the figure vanishes overnight and a body is discovered, it falls to Gamache to discover if a debt has been paid or levied. 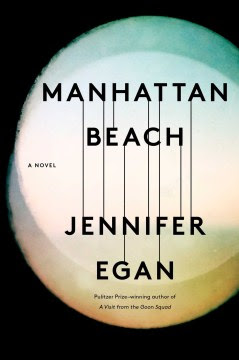 Manhattan Beach' opens in Brooklyn during the Great Depression. Anna Kerrigan, nearly twelve years old, accompanies her father to the house of Dexter Styles, a man who, she gleans, is crucial to the survival of her father and her family. Years later, her father has disappeared and the country is at war. Anna works at the Brooklyn Naval Yard, where women are allowed to hold jobs that had always belonged to men. 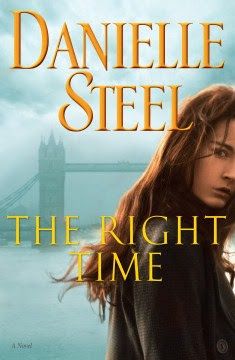 The Right Time
by Danielle Steele

Abandoned by her mother at age seven, Alexandra Winslow took solace in the mystery stories she read with her devoted father--and soon she was writing them herself, slowly graduating to dark, violent, complex crime stories that reflected skill and imagination far beyond her years. After her father's early death, at fourteen Alex is taken in by the nuns of a local convent, where she finds twenty-six mothers to take the place of the one she lost, and the time and encouragement to pursue her gift. As she climbs the ladder of publishing success, however, she does so with her father's admonition firmly in mind: men read crime stories by men, only--and so Alexandra Winslow publishes under the pseudonym Alexander Green, her true identity known only to a few close associates. Moving from Alex's childhood to her forties, through loss and triumph, the inner workings of the publishing world and Hollywood adaptations--with the truth behind the celebrated Alexander Green concealed at all costs. 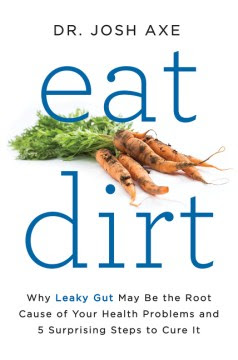 Affecting 80% of the population, leaky gut syndrome is the root cause of a litany of ailments, including chronic inflammation, allergies, autoimmune diseases, hypothyroidism, adrenal fatigue, diabetes, and even arthritis. In Eat Dirt, Dr Axe identifies the five main types of leaky gut syndrome and offers customisable 30-day plans for diagnosing and treating each 'gut type' with diet, lifestyle, and supplementation. He explains that it's essential to get a little 'dirty' in our daily lives in order to support our gut bacteria and prevent leaky gut syndrome, and offers simple ways to get these needed microbes, from incorporating local honey and bee pollen into your diet to forgoing hand sanitizes and even ingesting a little probiotic-rich soil. The premise is simple: identify your gut type, learn which foods to eat and to avoid, incorporate your daily dose of 'dirt', and make simple lifestyle changes. 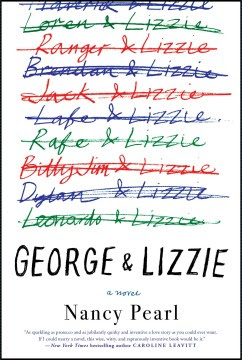 George and Lizzie
by Nancy Pearl

George and Lizzie have radically different understandings of what love and marriage should be. George grew up in a warm and loving family--with his orthodontist father and stay-at-home mom--while Lizzie grew up as the only child of two famous psychologists, who viewed her more as an in-house experiment than a child to love. Over the course of their marriage, nothing has changed--George is happy; Lizzie remains... unfulfilled, and perhaps overly preoccupied with the boyfriend who broke her heart years ago. With a shameful secret from Lizzie's past haunting her decisions, she'll need to face her fears and fixation with her ex in order to accept the true nature of the relationship she and George have built over a decade together. 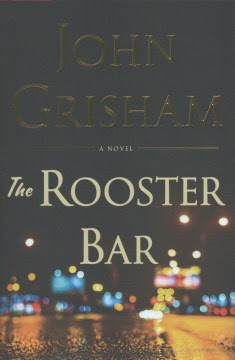 The Rooster Bar
by John Grisham

Mark, Todd, and Zola came to law school to change the world, to make it a better place. But now, as third-year students, these close friends realize they have been duped. They all borrowed heavily to attend a third-tier, for-profit law school so mediocre that its graduates rarely pass the bar exam, let alone get good jobs. And when they learn that their school is one of a chain owned by a shady New York hedge-fund operator who also happens to own a bank specializing in student loans, the three know they have been caught up in The Great Law School Scam. But maybe there's a way out. Maybe there’s a way to escape their crushing debt, expose the bank and the scam, and make a few bucks in the process. But to do so, they would first have to quit school. And leaving law school a few short months before graduation would be completely crazy, right?  Well, yes and no . . .pull up a stool, grab a cold one, and get ready to spend some time at The Rooster Bar. 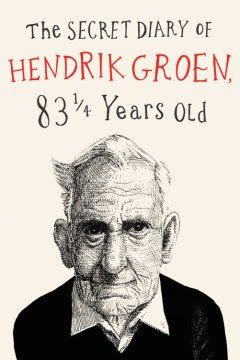 "Technically speaking, Hendrik Groen is...elderly. But at age 83 1/4, this feisty, indomitable curmudgeon has no plans to go out quietly. Bored of weak tea and potted geraniums, exasperated by the indignities of aging, Hendrik has decided to rebel--on his own terms. He begins writing an exposʹe: secretly recording the antics of day-to-day life in his retirement home, where he refuses to take himself, or his fellow "inmates," too seriously. With an eccentric group of friends he founds the wickedly anarchic Old-But-Not-Dead Club--"Rule #3: No Whining Allowed"--and he and his best friend, Evert, gleefully stir up trouble, enraging the home's humorless director and turning themselves into unlikely heroes. And when a sweet and sassy widow moves in next door, he polishes his shoes, grooms what's left of his hair, and determines to savor every ounce of joy in the time he has left, with hilarious and tender consequences"--Amazon.com. 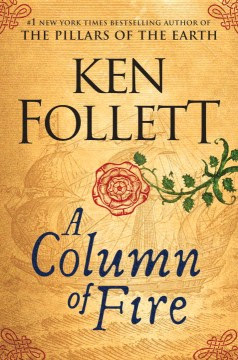 A Column of Fire
by Ken Follett

Ned Willard wants nothing more than to marry Margery Fitzgerald. But when the lovers find themselves on opposing sides of the religious conflict dividing the country, Ned goes to work for Princess Elizabeth. When she becomes queen, all Europe turns against England. The shrewd, determined young monarch sets up the country's first secret service to give her early warning of assassination plots, rebellions, and invasion plans. Over a turbulent half century, the love between Ned and Margery seems doomed as extremism sparks violence from Edinburgh to Geneva. Elizabeth clings to her throne and her principles, protected by a small, dedicated group of resourceful spies and courageous secret agents.
Email ThisBlogThis!Share to TwitterShare to FacebookShare to Pinterest
Newer Posts Older Posts Home
Subscribe to: Posts (Atom)