Daditude: The Joys & Absurdities of Modern Fatherhood
by Chris Erskine

Life is never peaceful in Chris Erskine's house, what with the four kids, 300-pound beagle, chronically leaky roof, and long-suffering wife, Posh. And that's exactly the way he likes it, except when he doesn't. Every week in the Los Angeles Times and Chicago Tribune (and now and then in many other papers), Erskine distills, mocks, and makes us laugh at the absurdities of suburban fatherhood. And now, he's gathered the very best of these witty and wise essays—and invited his kids (and maybe even Posh) to annotate them with updated commentary, which they promise won't be too snarky. This handsome book is the perfect gift for the father who would have everything—if he hadn't already given it all to his kids. 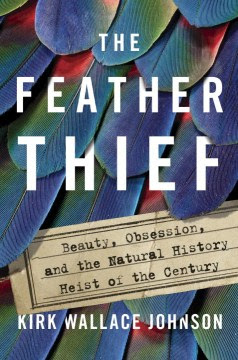 Feather Thief: Beauty, Obsession, and the Natural History Heist of the Century
by Kirk Wallace Johnson

One summer evening in 2009, twenty-year-old musical prodigy Edwin Rist broke into the British Museum of Natural History. Hours later, he slipped away with a suitcase full of rare bird specimens collected over the centuries from across the world, all featuring a dazzling array of priceless feathers. Kirk Wallace Johnson was waist-deep in a river in New Mexico when he first heard about the heist, from his fly-fishing guide. When he discovered that the thief evaded prison, and that half the birds were never recovered, Johnson embarked upon a years-long worldwide investigation which led him deep into the fiercely secretive underground community obsessed with the Victorian art of salmon fly-tying. A page-turning story of a bizarre and shocking crime, The Feather Thief shines a light on our fraught relationship with the natural world’s most beautiful and valuable wonders, and one man’s relentless quest for justice. 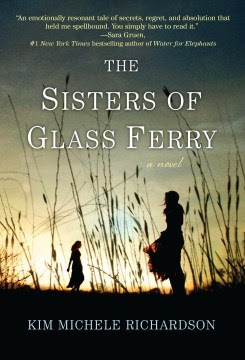 The Sisters of Glass Ferry
by Kim Michelle Richardson

Glass Ferry, Kentucky, is bourbon country. Whiskey has been a way of life for generations, enabling families to provide and survive even in the darkest times. Flannery Butler's daddy, Beauregard 'Honey Bee' Butler, was known for making some of the best whiskey in the state, aged in barrels he'd take by boat up and down the Kentucky River until the rocking waters turned the spirits smooth and golden. Flannery is the only person Honey Bee ever entrusted with his recipes before he passed on, swearing her to secrecy as he did so. But Flannery is harboring other secrets too, about her twin sister Patsy, older by eight minutes and pretty in a way Flannery knows she'll never be. Then comes the prom night when Patsy, wearing a yellow chiffon dress and the family pearls, disappears along with her date. Every succeeding year on the twins' birthday, Flannery's mother bakes a strawberry cake, convinced that this is the day Patsy will finally come home. But it will be two tumultuous decades until the muddy river yields a clue about what happened that night, compelling Flannery to confront the truth about her sleepy town, her family's past, and the choices she and those closest to her have made in the name of love and retribution. Based on thousands of pages from Leonardo’s astonishing notebooks and new discoveries about his life and work, Walter Isaacson weaves a narrative that connects his art to his science. He shows how Leonardo’s genius was based on skills we can improve in ourselves, such as passionate curiosity, careful observation, and an imagination so playful that it flirted with fantasy. He produced the two most famous paintings in history, The Last Supper and the Mona Lisa. But in his own mind, he was just as much a man of science and technology. With a passion that sometimes became obsessive, he pursued innovative studies of anatomy, fossils, birds, the heart, flying machines, botany, geology, and weaponry. His ability to stand at the crossroads of the humanities and the sciences, made iconic by his drawing of Vitruvian Man, made him history’s most creative genius. His creativity, like that of other great innovators, came from having wide-ranging passions. He peeled flesh off the faces of cadavers, drew the muscles that move the lips, and then painted history’s most memorable smile. He explored the math of optics, showed how light rays strike the cornea, and produced illusions of changing perspectives in The Last Supper. Isaacson also describes how Leonardo’s lifelong enthusiasm for staging theatrical productions informed his paintings and inventions. Leonardo’s delight at combining diverse passions remains the ultimate recipe for creativity. So, too, does his ease at being a bit of a misfit: illegitimate, gay, vegetarian, left-handed, easily distracted, and at times heretical. His life should remind us of the importance of instilling, both in ourselves and our children, not just received knowledge but a willingness to question it—to be imaginative and, like talented misfits and rebels in any era, to think different. 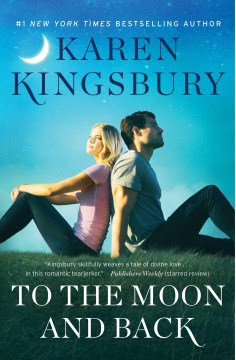 To the Moon and Back
by Karen Kingsbury

From #1 New York Times bestselling author Karen Kingsbury comes a brand-new love story in the Baxter Family collection about two people who lost their parents in the same national tragedy--two people desperate to find each other and the connection they shared for a single day...a day that changed everything.
Brady Bradshaw was a child when the Oklahoma City bombing killed his mother. Every year, Brady visits the memorial site on the anniversary to remember her. A decade ago on that day, he met Jenna Phillips, who was also a child when her parents were killed in the attack. Brady and Jenna shared a deep heart connection and a single beautiful day together at the memorial. But after that, Brady never saw Jenna again. Every year when he returns, he leaves a note for her in hopes that he might find her again. This year, Ashley Baxter Blake and her sister Kari Ryan and their families take a spring break trip that includes a visit to the site to see the memorial's famous Survivor Tree. While there, Ashley spots a young man, alone and troubled. That man is Brady Bradshaw. A chance moment leads Ashley to help Brady find Jenna, the girl he can't forget. Ashley's family is skeptical, but she pushes them to support her efforts to find the girl and bring them together. But will it work? Will her husband, Landon, understand her intentions? And is a shared heartache enough reason to fall in love? Deeply emotional and beautifully romantic, To the Moon and Back is an unlikely love story about healing, redemption, hope and the belief that sometimes a new tomorrow can grow from the ashes of a shattered yesterday. 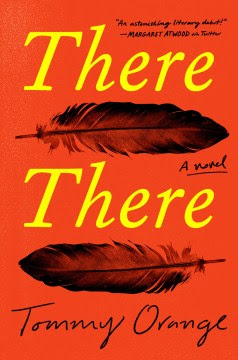 There There
by Tommy Orange

Tells the story of twelve characters, each of whom have private reasons for traveling to the Big Oakland Powwow. Jacquie Red Feather is newly sober and trying to make it back to the family she left behind in shame. Dene Oxendene is pulling his life back together after his uncle's death and has come to work at the powwow to honor his uncle's memory. Opal Viola Victoria Bear Shield has come to watch her nephew Orvil, who has taught himself traditional Indian dance through YouTube videos and has come to the powwow to dance in public for the very first time. There will be glorious communion, and a spectacle of sacred tradition and pageantry. And there will be sacrifice, and heroism, and unspeakable loss. 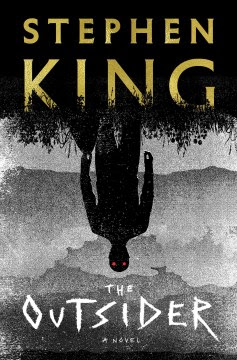 The Outsider
by Stephen King

An unspeakable crime. A confounding investigation. At a time when the King brand has never been stronger, he has delivered one of his most unsettling and compulsively readable stories. An eleven-year-old boy’s violated corpse is found in a town park. Eyewitnesses and fingerprints point unmistakably to one of Flint City’s most popular citizens. He is Terry Maitland, Little League coach, English teacher, husband, and father of two girls. Detective Ralph Anderson, whose son Maitland once coached, orders a quick and very public arrest. Maitland has an alibi, but Anderson and the district attorney soon add DNA evidence to go with the fingerprints and witnesses. Their case seems ironclad. As the investigation expands and horrifying answers begin to emerge, King’s propulsive story kicks into high gear, generating strong tension and almost unbearable suspense. Terry Maitland seems like a nice guy, but is he wearing another face? When the answer comes, it will shock you as only Stephen King can. 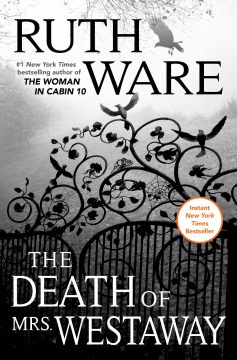 The Death of Mrs. Westaway
by Ruth Ware

When Harriet Westaway receives an unexpected letter telling her she's inherited a substantial bequest from her Cornish grandmother, it seems like the answer to her prayers. She owes money to a loan shark and the threats are getting increasingly aggressive: she needs to get her hands on some cash fast. There's just one problem - Hal's real grandparents died more than twenty years ago. The letter has been sent to the wrong person. But Hal knows that the cold-reading techniques she's honed as a seaside fortune teller could help her con her way to getting the money. If anyone has the skills to turn up at a stranger's funeral and claim a bequest they're not entitled to, it's her. Hal makes a choice that will change her life for ever. But once she embarks on her deception, there is no going back. She must keep going or risk losing everything, even her life...