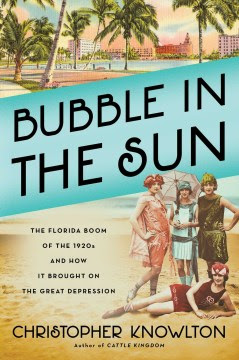 The Bubble in the Sun
by Christopher Knowlton

he 1920s in Florida was a time of incredible excess, immense wealth, and precipitous collapse. The decade there produced the largest human migration in American history, far exceeding the settlement of the West, as millions flocked to the grand hotels and the new cities that rose rapidly from the teeming wetlands. The boom spawned a new subdivision civilization—and the most egregious large-scale assault on the environment in the name of “progress.” Nowhere was the glitz and froth of the Roaring Twenties more excessive than in Florida. Here was Vegas before there was a Vegas: gambling was condoned and so was drinking, since prohibition was not enforced. Tycoons, crooks, and celebrities arrived en masse to promote or exploit this new and dazzling American frontier in the sunshine. Yet, the import and deep impact of these historical events have never been explored thoroughly until now. In Bubble in the Sun Christopher Knowlton examines the grand artistic and entrepreneurial visions behind Coral Gables, Boca Raton, Miami Beach, and other storied sites, as well as the darker side of the frenzy. For while giant fortunes were being made and lost and the nightlife raged more raucously than anywhere else, the pure beauty of the Everglades suffered wanton ruination and the workers, mostly black, who built and maintained the boom, endured grievous abuses. Knowlton breathes dynamic life into the forces that made and wrecked Florida during the decade: the real estate moguls Carl Fisher, George Merrick, and Addison Mizner, and the once-in-a-century hurricane whose aftermath triggered the stock market crash. This essential account is a revelatory—and riveting—history of an era that still affects our country today. 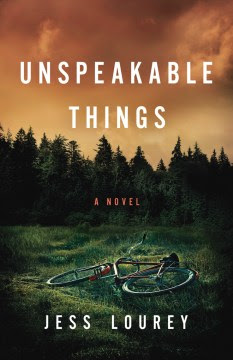 Inspired by a terrifying true story from the author's hometown, a heart-pounding novel of suspense about a small Minnesota community where nothing is as quiet or as safe as it seems. Cassie McDowell's life in 1980s Minnesota seems perfectly wholesome. She lives on a farm, loves school, and has a crush on the nicest boy in class. Yes, there are her parents' strange parties and their parade of deviant guests, but she's grown accustomed to them. All that changes when someone comes hunting in Lilydale. One by one, local boys go missing. One by one, they return changed, violent, moody, and withdrawn. What happened to them becomes the stuff of shocking rumors. The accusations of whose responsible grow just as wild, and dangerous town secrets start to surface. Then Cassie's own sister undergoes the dark change. If she is to survive, Cassie must find her way in an adult world where every sin is justified, and only the truth is unforgivable. 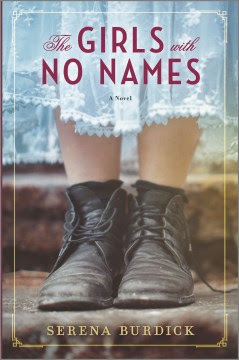 The Girls with No Names
by Serena Burdick

In New York City in the 1910s, Luella and Effie Tildon realize that even as wealthy young women, their freedoms come with limits. When the sisters discover a shocking secret about their father, Luella, the brazen elder sister, becomes emboldened to do as she pleases. Her rebellion comes with consequences, and Effie suspects her father has sent Luella to the 'House of Mercy.' Effie gets herself committed to save her sister, but when Effie's own escape seems impossible she must rely on an enigmatic girl named Mable to survive. 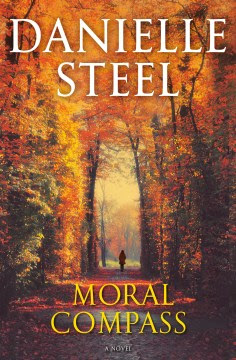 Saint Ambrose Prep is a place where the wealthy send their children for the best possible education . . . Traditionally a boys-only school, Saint Ambrose has just enrolled one hundred and forty female students for the first time. Even though most of the kids on the campus have all the privilege in the world, some are struggling . . . One day after the school's annual Halloween event, a student lies in the hospital, her system poisoned by dangerous levels of alcohol. Everyone in this sheltered community--parents, teachers, students, police, and the media--are left trying to figure out what actually happened. Only the handful of students who were there when she was attacked truly know the answers and they have vowed to keep one another's secrets. As details from the evening emerge, powerful families are forced to hire attorneys, while other families watch helplessly. Parents' marriages are jeopardized, and students' futures are impacted. No one at Saint Ambrose can escape the fallout of a life-altering event. 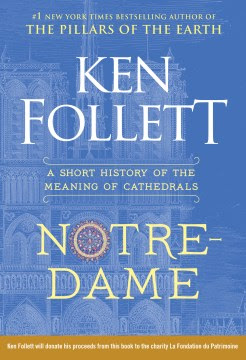 Notre-Dame: a Short History of the Meaning of Cathedrals
by Ken Follett

In this short, spellbinding book, international bestselling author Ken Follett describes the emotions that gripped him when he learned about the fire that threatened to destroy one of the greatest cathedrals in the world—the Notre-Dame de Paris. Follett then tells the story of the cathedral, from its construction to the role it has played across time and history, and he reveals the influence that the Notre-Dame had upon cathedrals around the world and on the writing of one of Follett's most famous and beloved novels, The Pillars of the Earth. Ken Follett will donate his proceeds from this book to the charity La Fondation du Patrimoine.
Email ThisBlogThis!Share to TwitterShare to FacebookShare to Pinterest
Newer Posts Older Posts Home
Subscribe to: Posts (Atom)