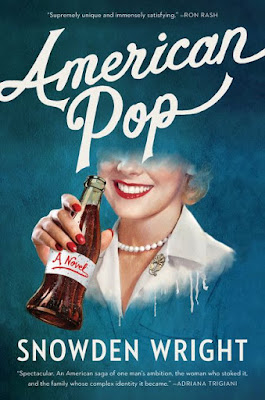 Moving from Mississippi to Paris to New York and back again, a saga of family, ambition, passion, and tragedy that brings to life one unforgettable Southern dynasty—the Forsters, founders of the world’s first major soft-drink company—against the backdrop of more than a century of American cultural history. The child of immigrants, Houghton Forster has always wanted more—from his time as a young boy in Mississippi, working twelve-hour days at his father’s drugstore; to the moment he first laid eyes on his future wife, Annabelle Teague, a true Southern belle of aristocratic lineage; to his invention of the delicious fizzy drink that would transform him from tiller boy into the founder of an empire, the Panola Cola Company, and entice a youthful, enterprising nation entering a hopeful new age. Now the heads of a preeminent American family spoken about in the same breath as the Hearsts and the Rockefellers, Houghton and Annabelle raise their four children with the expectation they’ll one day become world leaders. The burden of greatness falls early on eldest son Montgomery, a handsome and successful politician who has never recovered from the horrors and heartbreak of the Great War. His younger siblings Ramsey and Lance, known as the “infernal twins,” are rivals not only in wit and beauty, but in their utter carelessness with the lives and hearts of others. Their brother Harold, as gentle and caring as the twins can be cruel, is slowed by a mental disability—and later generations seem equally plagued by misfortune, forcing Houghton to seriously consider who should control the company after he’s gone. An irresistible tour de force of original storytelling, American Pop blends fact and fiction, the mundane and the mythical, and utilizes techniques of historical reportage to capture how, in Nathaniel Hawthorne’s words, “families are always rising and falling in America,” and to explore the many ways in which nostalgia can manipulate cultural memory—and the stories we choose to tell about ourselves. 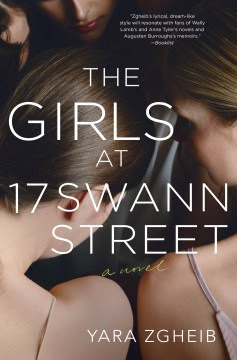 The Girls of 17 Swann Street
by Yara Zgheib

Anna Roux was a professional dancer who followed the man of her dreams from Paris to Missouri. There, alone with her biggest fears – imperfection, failure, loneliness – she spirals down anorexia and depression till she weighs a mere eighty-eight pounds. Forced to seek treatment, she is admitted as a patient at 17 Swann Street, a peach pink house where pale, fragile women with life-threatening eating disorders live. Women like Emm, the veteran; quiet Valerie; Julia, always hungry. Together, they must fight their diseases and face six meals a day. Every bite causes anxiety. Every flavor induces guilt. And every step Anna takes toward recovery will require strength, endurance, and the support of the girls at 17 Swann Street. 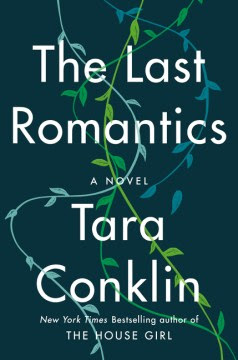 The Last Romantics
by Tara Conklin

When the renowned poet Fiona Skinner is asked about the inspiration behind her iconic work, The Love Poem, she tells her audience a story about her family and a betrayal that reverberates through time. It begins in a big yellow house with a funeral, an iron poker, and a brief variation forever known as the Pause: a free and feral summer in a middle-class Connecticut town. Caught between the predictable life they once led and an uncertain future that stretches before them, the Skinner siblings--fierce Renee, sensitive Caroline, golden boy Joe and watchful Fiona--emerge from the Pause staunchly loyal and deeply connected. Two decades later, the siblings find themselves once again confronted with a family crisis that tests the strength of these bonds and forces them to question the life choices they've made and ask what, exactly, they will do for love. A sweeping yet intimate epic about one American family, The Last Romantics is an unforgettable exploration of the ties that bind us together, the responsibilities we embrace and the duties we resent, and how we can lose--and sometimes rescue--the ones we love. A novel that pierces the heart and lingers in the mind, it is also a beautiful meditation on the power of stories--how they navigate us through difficult times, help us understand the past, and point the way toward our future. 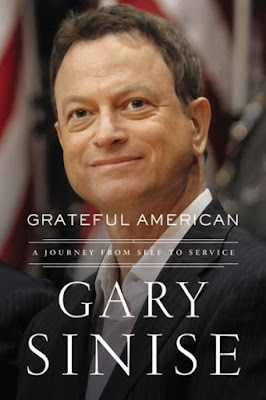 Grateful American: a Journey from Self to Service
by Gary Sinise

s a kid in suburban Chicago, Gary Sinise was more interested in sports and rock 'n' roll than reading or schoolwork. But when he impulsively auditioned for a school production of West Side Story, he found his purpose--or so it seemed. Within a few years Gary and a handful of friends created what became one of the most exciting and important new theater companies in America. From its humble beginnings in a suburban Chicago church basement and eventual move into the city, the Steppenwolf Theatre Company launched a series of groundbreaking productions, igniting Gary's career along with those of John Malkovich, Joan Allen, Gary Cole, Laurie Metcalf, Jeff Perry, John Mahoney, and others. Television and film came calling soon after, and Gary starred in Of Mice and Men (which he also directed) and The Stand before taking the role that would change his life in unforeseeable ways: Lieutenant Dan in the Academy Award–winning Forrest Gump. The military community's embrace of the character of the disabled veteran was matched only by the depth of Gary's realization that America's defenders had not received all the honor, respect, and gratitude their sacrifices deserve. In the aftermath of the September 11 attacks, this became Gary's mission. While starring in hits like Apollo 13, Ransom, Truman, George Wallace, CSI:NY, and Criminal Minds: Beyond Borders, Gary has worked tirelessly on behalf of those who serve this country, entertaining more than a half million troops around the world playing bass guitar with his Lt. Dan Band, raising funds on behalf of veterans, and eventually founding the Gary Sinise Foundation with a mission to serve and honor America's defenders, veterans, first responders, their families, and those in need. Grateful American is the moving, entertaining, profoundly gripping story of how one man found his calling: to see that those who defend this country and its freedoms are never forgotten. 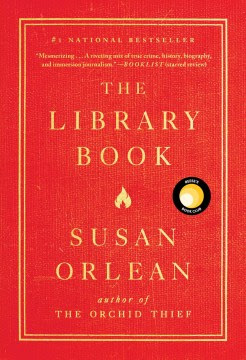 The Library Book
by Susan Orlean

After moving to Los Angeles, Susan Orlean became fascinated by a mysterious local crime that has gone unsolved since it was carried out on the morning of 29 April 1986: who set fire to the Los Angeles Public Library, ultimately destroying more than 400,000 books, and perhaps even more perplexing, why? With her characteristic humor, insight and compassion, Orlean uses this terrible event as a lens through which to tell the story of all libraries - their history, their meaning and their uncertain future as they adapt and redefine themselves in a digital world. Filled with heart, passion and extraordinary characters, The Library Book discusses the larger, crucial role that libraries play in our lives.
Email ThisBlogThis!Share to TwitterShare to FacebookShare to Pinterest
Newer Posts Older Posts Home
Subscribe to: Posts (Atom)