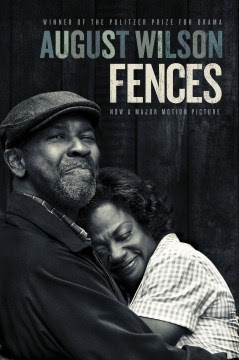 From legendary playwright August Wilson, the powerful, stunning dramatic work that won him critical acclaim, including the Tony Award for Best Play and the Pulitzer Prize. Troy Maxson is a strong man, a hard man. He has had to be to survive. Troy Maxson has gone through life in an America where to be proud and black is to face pressures that could crush a man, body and soul. But the 1950s are yielding to the new spirit of liberation in the 1960s, a spirit that is changing the world Troy Maxson has learned to deal with the only way he can, a spirit that is making him a stranger, angry and afraid, in a world he never knew and to a wife and son he understands less and less. (from Amazon.com) 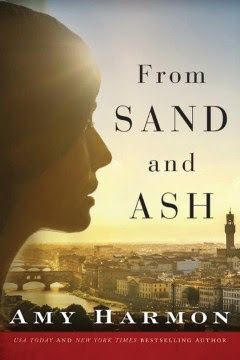 From Sand and Ash
by Amy Harmon

Italy, 1943-Germany occupies much of the country, placing the Jewish population in grave danger during World War II. As children, Eva Rosselli and Angelo Bianco were raised like family but divided by circumstance and religion. As the years go by, the two find themselves falling in love. But the church calls to Angelo and, despite his deep feelings for Eva, he chooses the priesthood. Now, more than a decade later, Angelo is a Catholic priest and Eva is a woman with nowhere to turn. With the Gestapo closing in, Angelo hides Eva within the walls of a convent, where Eva discovers she is just one of many Jews being sheltered by the Catholic Church. But Eva can't quietly hide, waiting for deliverance, while Angelo risks everything to keep her safe. With the world at war and so many in need, Angelo and Eva face trial after trial, choice after agonizing choice, until fate and fortune finally collide, leaving them with the most difficult decision of all. 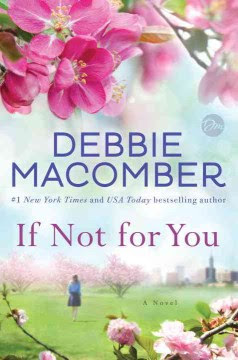 If Not for You
by Debbie Macomber

"Having lived under her parents' thumb for 25 years, Beth Prudhomme is finally taking charge of her own life. She moves from Chicago to Portland to live near her favorite aunt, finding employment as a music teacher at a local high school and a fast friend in Nichole Nyquist (who readers will recognize from A Girl's Guide to Moving On). Everything is coming together, though her love life leaves something to be desired. Until Nichole introduces Beth to Sam, a tattooed mechanic who's the epitome of her conservative parents' worst nightmare. Beth doesn't want to upset her parents more than she already has, and for himself, Sam has no interest in being set up with a prissy music teacher. But both learn that appearances aren't everything ..."--Provided by publisher. 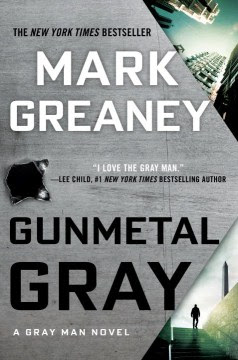 After five years on the run Court Gentry is back on the inside at the CIA. But his first mission makes him wish he had stayed on the outs when a pair of Chinese agents try to take him down in Hong Kong. Normally the Chinese prefer to stay eyes-only on foreign agents. So why are they on such high alert?  Court’s high stakes hunt for answers takes him across Southeast Asia and leads to his old friend, Donald Fitzroy, who is being held hostage by the Chinese. Fitzroy was contracted to find Fan Jiang, a former member of an ultra-secret computer warfare unit responsible for testing China’s own security systems. And it seems Fan may have been too good at his job—because China wants him dead. The first two kill teams Fitzroy sent to find Fan have disappeared and the Chinese have decided to “supervise” the next operation. What they don't know is that Gentry’s mission is to find Fan first and get whatever intel he has to the US. After that, all he has to do is get out alive... 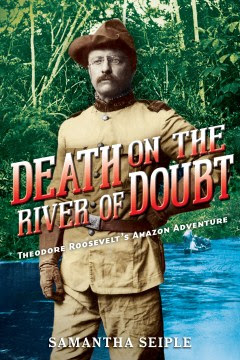 Death on the River of Doubt
by Samantha Seiple

"I did have a murderous trip down South, but it was mighty interesting." In October 1913, Theodore Roosevelt arrived in Rio de Janeiro, Brazil, on a tour of South America. The thrill-seeking adventurer had no idea that he would soon receive an offer hecouldn't refuse: the chance to lead an expedition deep into the Amazon jungle to chart an unmapped river with his son Kermit and renowned Brazilian explorer Candido Mariano da Silva Rondon. Death on the River of Doubt takes readers inside the thrilling journey that unfolds as Roosevelt, Rondon, Kermit, and their companions navigate an unpredictable river through an unforgiving jungle. With new threats at every turn, from bloodthirsty piranhas and raging rapids to starvation, disease, and a traitor in their own ranks, it seems that not everyone will make it out alive. Through it all, the indomitable Teddy Roosevelt remained determined to complete their mission and rewrite the map of the world. Or die trying" 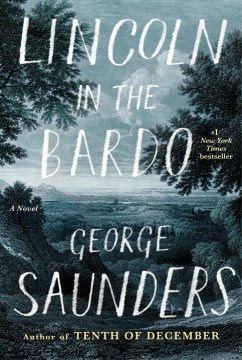 Lincoln in the Bardo
by George Saunders

February 1862. The Civil War is less than one year old. The fighting has begun in earnest, and the nation has begun to realize it is in for a long, bloody struggle. Meanwhile, President Lincoln’s beloved eleven-year-old son, Willie, lies upstairs in the White House, gravely ill. In a matter of days, despite predictions of a recovery, Willie dies and is laid to rest in a Georgetown cemetery. “My poor boy, he was too good for this earth,” the president says at the time. “God has called him home.” Newspapers report that a grief-stricken Lincoln returns, alone, to the crypt several times to hold his boy’s body. From that seed of historical truth, George Saunders spins an unforgettable story of familial love and loss that breaks free of its realistic, historical framework into a supernatural realm both hilarious and terrifying. Willie Lincoln finds himself in a strange purgatory where ghosts mingle, gripe, commiserate, quarrel, and enact bizarre acts of penance. Within this transitional state—called, in the Tibetan tradition, the bardo—a monumental struggle erupts over young Willie’s soul. (from Amzon.com) 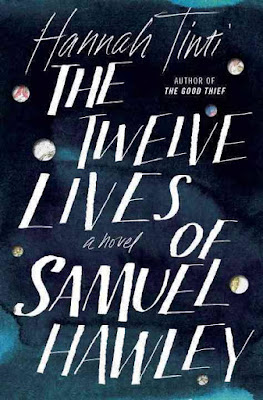 The Twelve Live of Samuel Hawley
by Hannah Tinti

After years spent living on the run, Samuel Hawley moves with his teenage daughter Loo to Olympus, Massachusetts. There, in his late wife's hometown, Hawley finds work as a fisherman, while Loo struggles to fit in at school and grows curious about her mother's mysterious death. Haunting them both are twelve scars Hawley carries on his body, from twelve bullets in his criminal past - a past that eventually spills over into his daughter's present, until together they must face a reckoning yet to come. Both a coming of age novel and a literary thriller, THE TWELVE LIVES OF SAMUEL HAWLEY explores what it means to be a hero, and the price we pay to protect the people we love most. 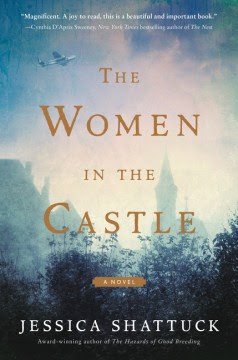 The Women in the Castle
by Jessica Shattuck

"Amid the ashes of Nazi Germany's defeat, Marianne von Lingenfels returns to the once-grand castle of her husband's ancestors, an imposing stone fortress now fallen into ruin following years of war. The widow of a resister murdered in the failed July 20, 1944, plot to assassinate Adolf Hitler, Marianne plans to uphold the promise she made to her husband's brave conspirators: to find and protect their wives, her fellow resistance widows"--Dust jacket.
Email ThisBlogThis!Share to TwitterShare to FacebookShare to Pinterest 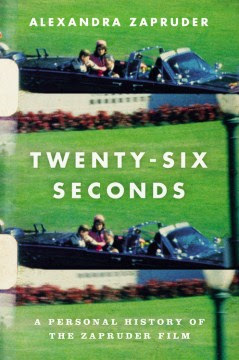 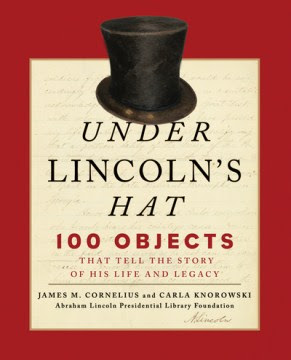 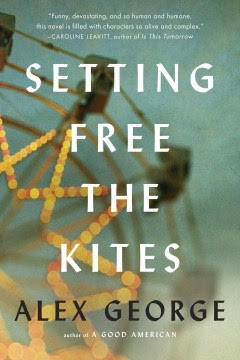 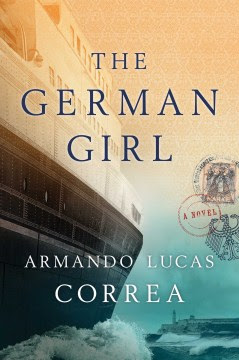 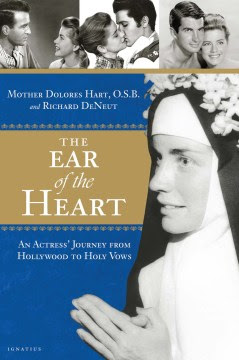