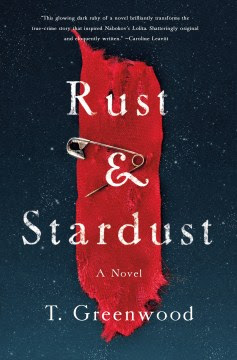 Rust and Stardust
by T. Greenwood

When 11 year-old Sally Horner steals a notebook from the local Woolworth's, she has no way of knowing that 52 year-old Frank LaSalle, fresh out of prison, is watching her, preparing to make his move. Accosting her outside the store, Frank convinces Sally that he's an FBI agent who can have her arrested in a minute, unless she does as he says. Based on the experiences of the real-life kidnapping victim Sally Horner and her captor, the author traces the next two years of Sally Horners' life as a kidnap victim.

Chi Chi Donatelli and Saverio Armandonada meet one summer on the Jersey shore before World War II. Chi Chi is a talented and ambitious singer-songwriter working in a local blouse factory looking for her big break, while Saverio, a singer already on the rise, is fronting a touring band and has the good looks and smooth vocals that make success seem assured. It isn't long before Saverio becomes Tony Arma and he and Chi Chi form a duo; together they navigate the glamorous worlds of nightclubs, radio, and television. Soon they're married and all goes well until it becomes clear that they must make a choice: Which of them will put ambition aside to build a family and which will pursue a career? What compromises will they make to achieve their dreams? And on the road to fame and fortune, how will they cope with the impact these compromises have on their marriage, family, and themselves? 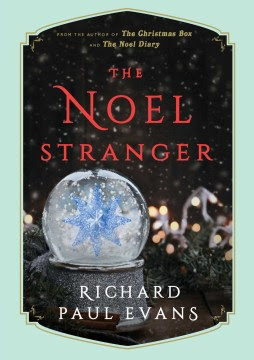 Maggie Walther feels like her world is imploding. Publicly humiliated after her husband, a local councilman, is arrested for bigamy, and her subsequent divorce, she has isolated herself from the world. When her only friend insists that Maggie climb out of her hole, and embrace the season to get her out of her funk, Maggie decides to put up a Christmas tree and heads off to buy one—albeit reluctantly. She is immediately taken by Andrew, the kind, handsome man who owns the Christmas tree lot and delivers her tree. She soon learns that Andrew is single and new to her city and, like her, is also starting his life anew. As their friendship develops, Maggie slowly begins to trust again—something she never thought possible. Then, just when she thinks she has finally found happiness, she discovers a dark secret from Andrew’s past. Is there more to this stranger’s truth than meets the eye? This powerful new holiday novel from Richard Paul Evans, the “King of Christmas fiction” (The New York Times), explores the true power of the season, redemption, and the freedom that comes from forgiveness. 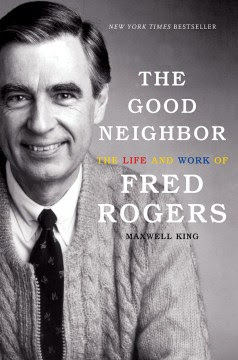 The Good Neighbor: the life and work of Fred Rogers
by Maxwell King

Fred Rogers (1928–2003) was an enormously influential figure in the history of television and in the lives of tens of millions of children. As the creator and star of Mister Rogers’ Neighborhood, he was a champion of compassion, equality, and kindness. Rogers was fiercely devoted to children and to taking their fears, concerns, and questions about the world seriously. The Good Neighbor, the first full-length biography of Fred Rogers, tells the story of this utterly unique and enduring American icon. Drawing on original interviews, oral histories, and archival documents, Maxwell King traces Rogers’s personal, professional, and artistic life through decades of work, including a surprising decision to walk away from the show to make television for adults, only to return to the neighborhood with increasingly sophisticated episodes, written in collaboration with experts on childhood development. An engaging story, rich in detail, The Good Neighbor is the definitive portrait of a beloved figure, cherished by multiple generations. 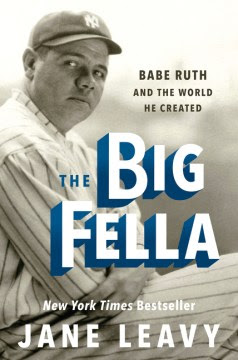 The Big Fella
by Jane Leavy

He lived in the present tense—in the camera’s lens. There was no frame he couldn’t or wouldn’t fill. He swung the heaviest bat, earned the most money, and incurred the biggest fines. Like all the new-fangled gadgets then flooding the marketplace—radios, automatic clothes washers, Brownie cameras, microphones and loudspeakers—Babe Ruth "made impossible events happen." Aided by his crucial partnership with Christy Walsh—business manager, spin doctor, damage control wizard, and surrogate father, all stuffed into one tightly buttoned double-breasted suit—Ruth drafted the blueprint for modern athletic stardom. His was a life of journeys and itineraries—from uncouth to couth, spartan to spendthrift, abandoned to abandon; from Baltimore to Boston to New York, and back to Boston at the end of his career for a finale with the only team that would have him. There were road trips and hunting trips; grand tours of foreign capitals and post-season promotional tours, not to mention those 714 trips around the bases. After hitting his 60th home run in September 1927—a total that would not be exceeded until 1961, when Roger Maris did it with the aid of the extended modern season—he embarked on the mother of all barnstorming tours, a three-week victory lap across America, accompanied by Yankee teammate Lou Gehrig. Walsh called the tour a "Symphony of Swat." The Omaha World Herald called it "the biggest show since Ringling Brothers, Barnum and Bailey, and seven other associated circuses offered their entire performance under one tent." In The Big Fella, acclaimed biographer Jane Leavy recreates that 21-day circus and in so doing captures the romp and the pathos that defined Ruth’s life and times. Drawing from more than 250 interviews, a trove of previously untapped documents, and Ruth family records, Leavy breaks through the mythology that has obscured the legend and delivers the man. 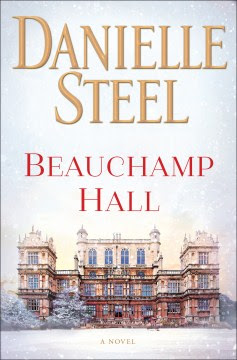 An uplifting, inspiring story about taking back control of your life, by the world's favourite storyteller, Danielle Steel. Winona Farmington can't help but feel that life is passing her by, in backwater Michigan town. She hates her job, her boyfriend won't commit. But she escapes the dreariness of everyday life with her favorite TV show, Beauchamp Hall, an English period drama. When she makes a shocking discovery, Winona knows it's time to make a change and travels to the picturesque English village that's home to the world of Beauchamp Hall, in pursuit of a new adventure.
Email ThisBlogThis!Share to TwitterShare to FacebookShare to Pinterest
Newer Posts Older Posts Home
Subscribe to: Posts (Atom)