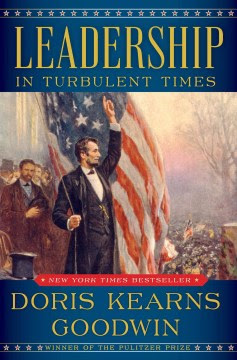 In Leadership in Turbulent Times, Goodwin draws upon four of the presidents she has studied most closely--Abraham Lincoln, Theodore Roosevelt, Franklin D. Roosevelt, and Lyndon B. Johnson (in civil rights)--to show how they first recognized leadership qualities within themselves, and were recognized by others as leaders. No common pattern describes the trajectory of leadership. Although set apart in background, abilities, and temperament, these men shared a fierce ambition and a deep-seated resilience that enabled them to surmount uncommon adversity. 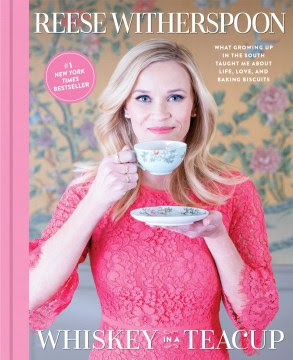 Whiskey in a Teacup
by Reese Witherspoon

Academy award–winning actress, producer and entrepreneur Reese Witherspoon invites you into her world, where she infuses the southern style, parties and traditions she loves with contemporary flair and charm. Reese Witherspoon’s grandmother Dorothea always said that a combination of beauty and strength made southern women 'whiskey in a teacup'. We may be delicate and ornamental on the outside, she said, but inside we’re strong and fiery. Reese’s southern heritage informs her whole life, and she loves sharing the joys of southern living with practically everyone she meets. She takes the South wherever she goes with bluegrass, big holiday parties, and plenty of Dorothea’s fried chicken. It’s reflected in how she entertains, decorates her home, and makes holidays special for her kids - not to mention how she talks, dances and does her hair (in these pages, you will learn Reese’s fail-proof, only slightly insane hot-roller technique). Reese loves sharing Dorothea’s most delicious recipes as well as her favorite southern traditions, from midnight barn parties to backyard bridal showers, magical Christmas mornings to rollicking honky-tonks. It’s easy to bring a little bit of Reese’s world into your home, no matter where you live. After all, there’s a southern side to every place in the world, right? 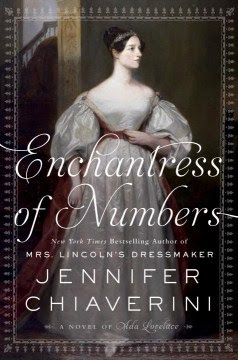 Enchantress of Numbers
by Jennifer Chiaverini

The only legitimate child of Lord Byron, Ada was destined for fame long before her birth. Estranged from Ada's father, who was infamously 'mad, bad, and dangerous to know,' Ada's mathematician mother is determined to save her only child from her perilous Byron heritage. Banishing fairy tales and make-believe from the nursery, Ada's mother provides her daughter with a rigorous education grounded in mathematics and science... When Ada is introduced into London society as a highly eligible young heiress, she at last discovers the intellectual and social circles she has craved all her life. Little does she realize that her delightful new friendship with inventor Charles Babbage ... will shape her destiny. Intrigued by the prototype of his first calculating machine ... and enthralled by the plans for his even more advanced Analytical Engine, Ada resolves to help Babbage realize his extraordinary vision ... All the while, she passionately studies mathematics--ignoring skeptics who consider it an unusual, even unhealthy pursuit for a woman--falls in love, discovers the shocking secrets behind her parents' estrangement, and comes to terms with the unquenchable fire of her imagination. 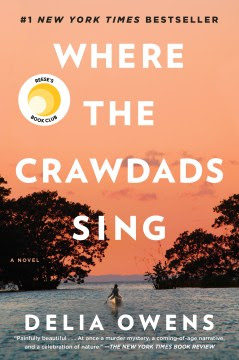 Where the Crawdads Sing
by Delia Owens

Kya Clark is the 'Marsh Girl' of Barkley Cove on the North Carolina coast. Abandoned at age ten, she has survived on her own in the marsh that she calls home. A born naturalist, she took life lessons from the land, learning from the false signals of fireflies the real way of this world. Drawn to two young men from town who were intrigued by her wild beauty, Kya opened herself to a new and startling world--until the unthinkable happens. When Chase Andrews is found dead, the locals immediately suspect Kya. 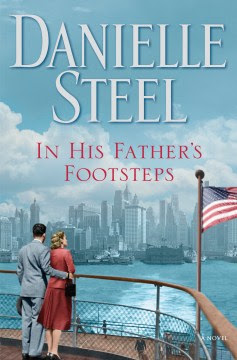 In His Father's Footsteps
by Danielle Steel

April, 1945. As the Americans storm the Buchenwald concentration camp, among the survivors are Jakob and Emmanuelle, barely more than teenagers. Each of them has lost everything and everyone in the unspeakable horrors of the war. But when they meet, they find hope and comfort in each other. Jakob and Emmanuelle marry, and resolve to make a new life in New York. The Steins build a happy, prosperous life for themselves and their new family, but their pasts cast a long shadow over the present. Years later, as the Sixties are in full swing, their son Max is an ambitious, savvy businessman, determined to throw off the sadness that has hung over his family since his birth. But as Max's life unfolds, he must learn that there is meaning in his heritage that will help shape his future . . . 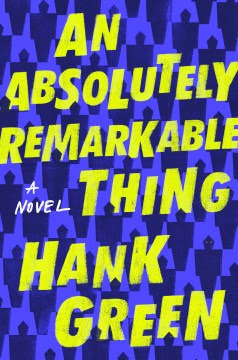 In his much-anticipated debut novel, Hank Green--cocreator of Crash Course, Vlogbrothers, and SciShow--spins a sweeping, cinematic tale about a young woman who becomes an overnight celebrity before realizing she's part of something bigger, and stranger, than anyone could have possibly imagined. The Carls just appeared. Coming home from work at three am, twenty-three-year-old April May stumbles across a giant sculpture. Delighted by its appearance and craftsmanship--like a ten-foot-tall Transformer wearing a suit of samurai armor--April and her friend Andy make a video with it, which Andy uploads to YouTube. The next day April wakes up to a viral video and a new life. News quickly spreads that there are Carls in dozens of cities around the world--everywhere from Beijing to Buenos Aires--and April, as their first documentarian, finds herself at the center of an intense international media spotlight. Now April has to deal with the pressure on her relationships, her identity, and her safety that this new position brings, all while being on the front lines of the quest to find out not just what the Carls are, but what they want from us. Compulsively entertaining and powerfully relevant, An Absolutely Remarkable Thing grapples with big themes, including how the social internet is changing fame, rhetoric, and radicalization; how our culture deals with fear and uncertainty; and how vilification and adoration spring from the same dehumanization that follows a life in the public eye.
Email ThisBlogThis!Share to TwitterShare to FacebookShare to Pinterest
Newer Posts Older Posts Home
Subscribe to: Posts (Atom)