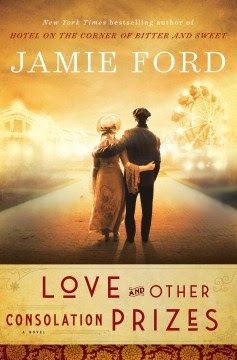 Love and other Consolation Prizes
by Jamie Ford

Inspired by a true story...a young boy named Ernest, set during the 1909 Seattle world's fair called the Alaska Yukon Pacific Expo. It is a time when the magical wonders of technology on display at the expo future seems limitless. But for Ernest, a half-Chinese orphan who found his way to America through a last desperate act of his beloved mother, every door is closed. A charity student at a boarding school, he has never really had a place to call home. Then one day, his wealthy sponsor announces that if a home is what he wants, then that is what he will have: Ernest will be offered as a prize in the daily raffle at the fair, advertised as "Healthy boy to a good home for the winning ticket holder." The woman who "wins" him is the madam of a notorious brothel who was famous for educating her girls. He becomes a houseboy in her brothel and is befriended by the daughter of the madam, as well as a Japanese girl who works in the kitchen. The friendship and love between these three form the first real family Ernest has ever known.

Harpoon: Inside the Covert War Against Terrorism's Money Masters
by Nitsana Darshan-Leitner

ISIS boasted $2.4 billion of revenue in 2015, yet for too long the global war on terror overlooked financial warfare as an offensive strategy. "Harpoon," the creation of Mossad legend Meir Dagan, directed spies, soldiers, and attorneys to disrupt and destroy money pipelines and financial institutions that paid for the bloodshed perpetrated by Hamas, Hezbollah, and other groups. Written by an attorney who worked with Harpoon and a bestselling journalist, Harpoon offers a gripping story of the Israeli-led effort, now joined by the Americans, to choke off the terrorists' oxygen supply, money, via unconventional warfare. 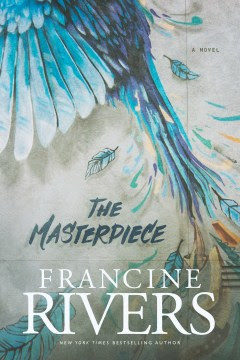 The Masterpiece
by Francine Rivers

New York Times bestselling author Francine Rivers returns to her romance roots with this unexpected and redemptive love story, a probing tale that reminds us that mercy can shape even the most broken among us into an imperfect yet stunning masterpiece. A successful LA artist, Roman Velasco appears to have everything he could possibly want—money, women, fame. Only Grace Moore, his reluctant, newly hired personal assistant, knows how little he truly has. The demons of Roman’s past seem to echo through the halls of his empty mansion and out across his breathtaking Topanga Canyon view. But Grace doesn’t know how her boss secretly wrestles with those demons: by tagging buildings as the Bird, a notorious but unidentified graffiti artist—an alter ego that could destroy his career and land him in prison. Like Roman, Grace is wrestling with ghosts and secrets of her own. After a disastrous marriage threw her life completely off course, she vowed never to let love steal her dreams again. But as she gets to know the enigmatic man behind the reputation, it’s as if the jagged pieces of both of their pasts slowly begin to fit together . . . until something so unexpected happens that it changes the course of their relationship—and both their lives—forever. 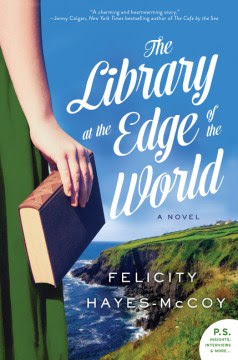 Hanna Casey, local librarian on the West Coast of Ireland's Finfarran Peninsula, is wondering where it all went wrong ... As she drives her mobile library van between farms and villages she tries not to think of the sophisticated London lifestyle she abandoned after finding her barrister husband in bed with another woman. Or that she's living in the back bedroom of her mother's retirement bungalow in the small town she walked away from in her teens. Now with her daughter Jazz travelling the world, and her relationship with her mother growing increasingly fraught, Hanna is determined to reclaim her independence. But when the threatened closure of the library puts her plans in jeopardy, she finds herself leading a battle to restore the heart and soul of Finfarran's fragmented community. 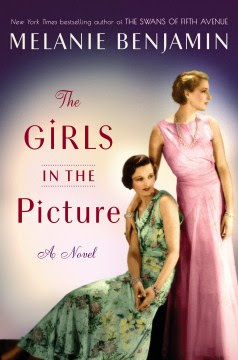 The Girsl in the Picture
by Melanie Benjamin

It is 1914, and twenty-five-year-old Frances Marion has left her (second) husband and her Northern California home for the lure of Los Angeles, where she is determined to live independently as an artist. But the word on everyone’s lips these days is “flickers”—the silent moving pictures enthralling theatergoers. Turn any corner in this burgeoning town and you’ll find made-up actors running around, as a movie camera captures it all. In this fledgling industry, Frances finds her true calling: writing stories for this wondrous new medium. She also makes the acquaintance of actress Mary Pickford, whose signature golden curls and lively spirit have earned her the title “America’s Sweetheart.” The two ambitious young women hit it off instantly, their kinship fomented by their mutual fever to create, to move audiences to a frenzy, to start a revolution. But their ambitions are challenged by both the men around them and the limitations imposed on their gender—and their astronomical success could come at a price. As Mary, the world’s highest paid and most beloved actress, struggles to live her life under the spotlight, she also wonders if it is possible to find love, even with the dashing actor Douglas Fairbanks. Frances, too, longs to share her life with someone. As in any good Hollywood story, dramas will play out, personalities will clash, and even the deepest friendships might be shattered. With cameos from such notables as Charlie Chaplin, Louis B. Mayer, Rudolph Valentino, and Lillian Gish, The Girls in the Picture is, at its heart, a story of friendship and forgiveness. 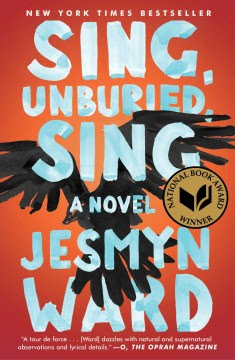 A searing and profound Southern odyssey by National Book Award winner Jesmyn Ward. In Jesmyn Ward's first novel since her National Book Award-winning Salvage the Bones, this singular American writer brings the archetypal road novel into rural twenty-first-century America. Drawing on Morrison and Faulkner, The Odyssey and the Old Testament, Ward gives us an epochal story, a journey through Mississippi's past and present that is both an intimate portrait of a family and an epic tale of hope and struggle. Ward is a major American writer, multiply awarded and universally lauded, and in Sing, Unburied, Sing she is at the height of her powers. Jojo and his toddler sister, Kayla, live with their grandparents, Mam and Pop, and the occasional presence of their drug-addicted mother, Leonie, on a farm on the Gulf Coast of Mississippi. Leonie is simultaneously tormented and comforted by visions of her dead brother, which only come to her when she's high; Mam is dying of cancer; and quiet, steady Pop tries to run the household and teach Jojo how to be a man. When the white father of Leonie's children is released from prison, she packs her kids and a friend into her car and sets out across the state for Parchman farm, the Mississippi State Penitentiary, on a journey rife with danger and promise. Sing, Unburied, Sing grapples with the ugly truths at the heart of the American story and the power, and limitations, of the bonds of family. Rich with Ward's distinctive, musical language, Sing, Unburied, Sing is a majestic new work and an essential contribution to American literature. 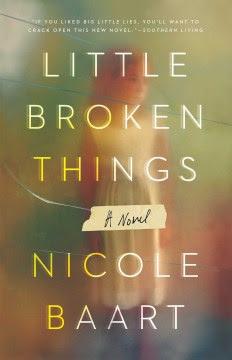 "I have something for you." When Quinn Cruz receives that cryptic text message from her older sister Nora, she doesn’t think much of it. They haven’t seen each other in nearly a year and thanks to Nora’s fierce aloofness, their relationship consists mostly of infrequent phone calls and an occasional email or text. But when a haunted Nora shows up at the lake near Quinn's house just hours later, a chain reaction is set into motion that will change both of their lives forever. Nora’s “something” is more shocking than Quinn could have ever imagined: a little girl, cowering, wide-eyed, and tight-lipped. Nora hands her over to Quinn with instructions to keep her safe, and not to utter a word about the child to anyone, especially not their buttoned-up mother who seems determined to pretend everything is perfect. But before Quinn can ask even one of the million questions swirling around her head, Nora disappears, and Quinn finds herself the unlikely caretaker of a girl introduced simply as Lucy. While Quinn struggles to honor her sister’s desperate request and care for the lost, scared Lucy, she fears that Nora may have gotten involved in something way over her head—something that will threaten them all. But Quinn’s worries are nothing compared to the firestorm that Nora is facing. It’s a matter of life and death, of family and freedom, and ultimately, about the lengths a woman will go to protect the ones she loves.
Email ThisBlogThis!Share to TwitterShare to FacebookShare to Pinterest
Newer Posts Older Posts Home
Subscribe to: Posts (Atom)