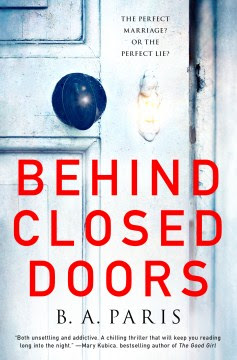 Behind Closed Doors
by B.A. Paris

Everyone knows a couple like Jack and Grace: he has looks and wealth, she has charm and elegance. You'd like to get to know Grace better. But it's difficult, because you realize Jack and Grace are never apart. Some might call this true love. Picture this: a dinner party at their perfect home, the conversation and wine flowing. They appear to be in their element while entertaining. And Grace's friends are eager to reciprocate with lunch the following week. Grace wants to go, but knows she never will. Her friends call -- so why doesn't Grace ever answer the phone? And how can she cook such elaborate meals but remain so slim? And why are there bars on one of the bedroom windows? The perfect marriage? Or the perfect lie? 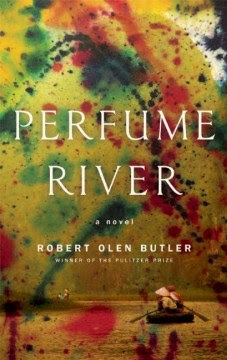 Robert Quinlan, a seventy-year-old historian teaching at Florida State University, must confront his crumbling marriage and the family he lost touch with over his political views during the Vietnam war. From one of America's most important writers, Perfume River is a masterful novel that examines family ties and the legacy of the Vietnam War through the portrait of a Robert's family. Profound and poignant, it is an examination of relationships, personal choice and how war resonates down the generations. It is the finest novel yet from the Pulitzer Prize-winning author. 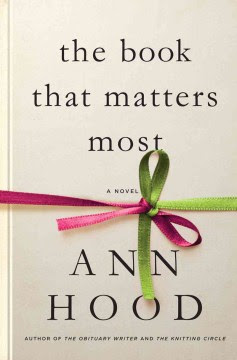 The Book that Matters Most
by Ann Hood

An enthralling novel about love, loss, secrets, friendship, and the healing power of literature, by the bestselling author of The Knitting Circle. Ava's twenty-five-year marriage has fallen apart, and her two grown children are pursuing their own lives outside of the country. Ava joins a book group, not only for her love of reading but also out of sheer desperation for companionship. The group's goal throughout the year is for each member to present the book that matters most to them. Ava rediscovers a mysterious book from her childhood-one that helped her through the traumas of the untimely deaths of her sister and mother. Alternating with Ava's story is that of her troubled daughter Maggie, who, living in Paris, descends into a destructive relationship with an older man. Ava's mission to find that book and its enigmatic author takes her on a quest that unravels the secrets of her past and offers her and Maggie the chance to remake their lives. 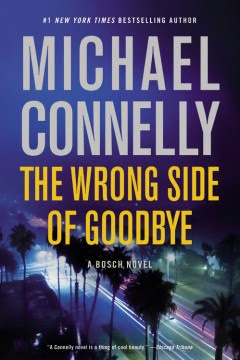 The Wrong side of Goodbye
by Michael Connelly

Desperate to know whether he has an heir, a dying billionaire hires private investigator Harry Bosch to track down a Mexican girl from his past, who may or may not have had his baby. With the billionaire's fortune at stake, Harry realizes that his mission may be dangerous not only for himself, but also for the heir he seeks. As he uncovers the story--and discovers surprising links to his own past--he knows he cannot stop until he uncovers the truth. 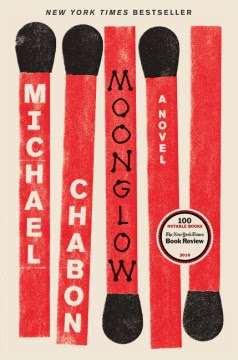 Moonglow unfolds as the deathbed confession of a man the narrator refers to only as “my grandfather.” It is a tale of madness, of war and adventure, of sex and marriage and desire, of existential doubt and model rocketry, of the shining aspirations and demonic underpinnings of American technological accomplishment at midcentury, and, above all, of the destructive impact—and the creative power—of keeping secrets and telling lies. It is a portrait of the difficult but passionate love between the narrator’s grandfather and his grandmother, an enigmatic woman broken by her experience growing up in war-torn France. It is also a tour de force of speculative autobiography in which Chabon devises and reveals a secret history of his own imagination. 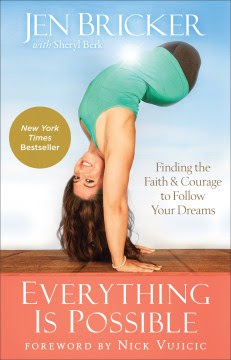 Everything is Possible
by Jen Bricker

Jen Bricker was born without legs. Shocked and uncertain they could care for her, her biological parents gave her up for adoption. In her loving adoptive home, there was just one simple rule: "Never say 'can't.'" And pretty soon, there was nothing this small but mighty powerhouse set her sights on that she couldn't conquer: roller-skating, volleyball, power tumbling, and spinning from silk ribbons thirty feet in the air. 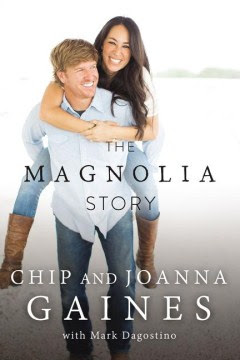 The husband-and-wife team from HGTV's Fixer Upper share an in-depth portrait of their lives together and the renovations that have forged their partnership, offering behind-the-scenes stories about their courtship, early marriage and rise as entrepreneurial celebrities.
Email ThisBlogThis!Share to TwitterShare to FacebookShare to Pinterest
Newer Posts Older Posts Home
Subscribe to: Posts (Atom)