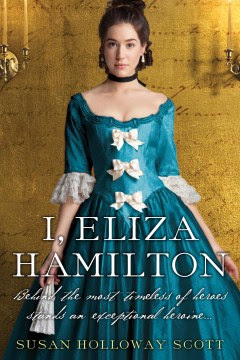 Elizabeth Schuyler, the daughter of a respected general, marries Alexander Hamilton, a charismatic, ambitious aide to George Washington. After the American Revolution, Eliza finds her role as wife of a political figure challenging as she manages a growing household, assists her husband with his political writings, and suffers through public scandal and heartbreak at the hands of her husband. 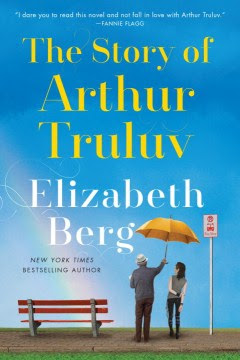 The Story of Arthur Truluv
by Elizabeth Berg

"Novel about three people who have lost the person they love most, and must find their way back to happiness. Arthur, a widower, meets Maddy, an angry and friendless teenage girl, while visiting his late wife at the cemetery, where he goes every day for lunch. Against all odds, the two strike up a friendship that pulls them out of a serious rut. They band together with Arthur's nosy neighbor Lucille, to create lives that are truly worth living. Proving that life's most precious moments are sweeter when shared, they go from strangers, to friends, to an nontraditional but loving family. Betrayal, loneliness, romance and family are at the heart of this book."--Provided by publisher. 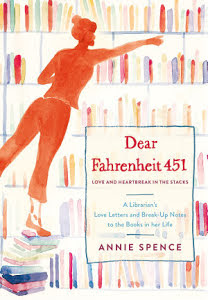 In Dear Fahrenheit 451, librarian Annie Spence has crafted love letters and breakup notes to the iconic and eclectic books she has encountered over the years. From breaking up with The Giving Tree (a dysfunctional relationship book if ever there was one), to her love letter to The Time Traveler’s Wife (a novel less about time travel and more about the life of a marriage, with all of its ups and downs), Spence will make you think of old favorites in a new way. Filled with suggested reading lists, Spence’s take on classic and contemporary books is very much like the best of literature―sometimes laugh-out-loud funny, sometimes surprisingly poignant, and filled with universal truths. 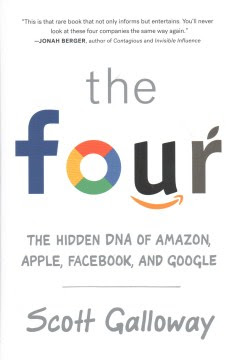 The Four
by Scott Galloway

Galloway, a professor at New York University's Stern School of Business, writes about four tech giants that have become today's digital-age influential powerhouses: Amazon, Apple, Google, and Facebook. In common, these four companies share their accessibility and daily use by millions of people seeking their services and products. Galloway describes the rapid rise of "the four" through their strategic business models, and how each company has refined new services and products to serve more people around the world than any other company. Galloway also addresses setbacks that these giants have faced in their journeys, providing useful lessons for business leaders. In discussing how the four have defended their markets carefully and strategically against competitors, Galloway explores the rise of new retail giants in the field, such as Alibaba and Netflix. Readers interested in innovation and strategies in technology and business management will find this book to be a provocative and insightful look at four powerful forces that dominate our social, psychological, and economic states today. Copyright 2017 Booklist Reviews. 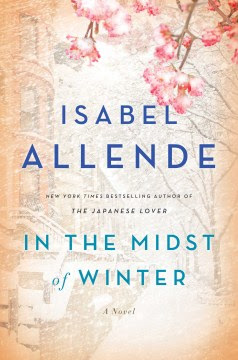 In the Midst of Winter
by Isabel Allende 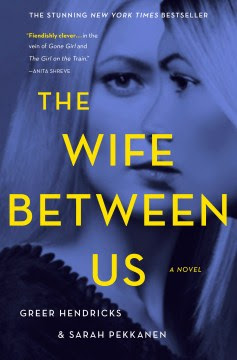 The Wife Between Us
by Greer Hendricks &
Sarah Pekkanen

When you read this book, you will make many assumptions. It's about a jealous wife, obsessed with her replacement. It's about a younger woman set to marry the man she loves. The first wife seems like a disaster; her replacement is the perfect woman. You will assume you know the motives, the history, the anatomy of the relationships. You will be wrong. 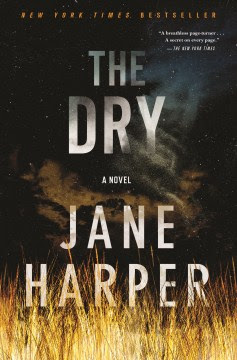 A small town hides big secrets in The Dry, an atmospheric, page-turning debut mystery by award-winning author Jane Harper. After getting a note demanding his presence, Federal Agent Aaron Falk arrives in his hometown for the first time in decades to attend the funeral of his best friend, Luke. Twenty years ago when Falk was accused of murder, Luke was his alibi. Falk and his father fled under a cloud of suspicion, saved from prosecution only because of Luke's steadfast claim that the boys had been together at the time of the crime. But now more than one person knows they didn't tell the truth back then, and Luke is dead. Amid the worst drought in a century, Falk and the local detective question what really happened to Luke. As Falk reluctantly investigates to see if there's more to Luke's death than there seems to be, long-buried mysteries resurface, as do the lies that have haunted them. And Falk will find that small towns have always hidden big secrets.
Email ThisBlogThis!Share to TwitterShare to FacebookShare to Pinterest
Newer Post Older Post Home