The Memory of Lemon 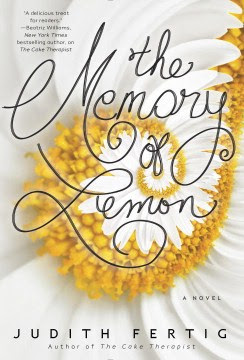 The author of The Cake Therapist returns with another sweet and emotional tale featuring Neely, the baker with a knack for finding exactly the right flavor for any occasion... A crisp tang of citrus that is at once poignant and familiar, sharpening the senses and opening the mind to possibilities once known and long forgotten... Claire "Neely" Davis is no ordinary pastry chef. Her flavor combinations aren't just a product of a well-honed palate: she can "taste" people's emotions, sensing the ingredients that will touch her customers' souls. Her gift has never failed her-until she meets a free-spirited bride-to-be and her overbearing society mother. The two are unable to agree on a single wedding detail, and their bickering leaves Neely's intuition frustratingly silent-right when she needs it most. Between trying to navigate a divorce, explore a new relationship, and handle the reappearance of her long-absent father, Neely is struggling to make sense of her own conflicting emotions, much less those of her hard-to-please bride. But as she embarks on a flavorful quest to craft the perfect wedding celebration, she'll uncover a family history that sheds light on both the missing ingredients and her own problems-and illustrates how the sweet and sour in life often combine to make the most delicious memories. 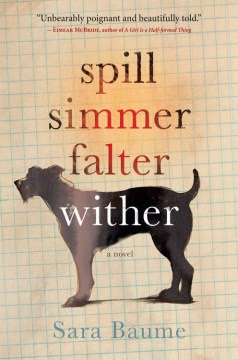 A debut novel already praised as "unbearably poignant and beautifully told" (Eimear McBride) this captivating story follows - over the course of four seasons - a misfit man who adopts a misfit dog. It is springtime, and two outcasts - a man ignored,even shunned by his village, and the one-eyed dog he takes into his quiet, tightly shuttered life - find each other, by accident or fate, and forge an unlikely connection. As their friendship grows, their small, seaside town suddenly takes note of them,falsely perceiving menace where there is only mishap; the unlikely duo must take to the road. Gorgeously written in poetic and mesmerizing prose, Spill Simmer Falter Wither has already garnered wild support in its native Ireland, where the Irish Times pointed to Baume's "astonishing power with language" and praised it as "a novel bursting with brio, braggadocio and bite." It is also a moving depiction of how - over the four seasons echoed in the title - a relationship between fellow damaged creatures can bring them both comfort. One of those rare stories that utterly, completely imagines its way into a life most of us would never see, it transforms us not only in our understanding of the world, but also of ourselves.

The Road to Little Dribbling 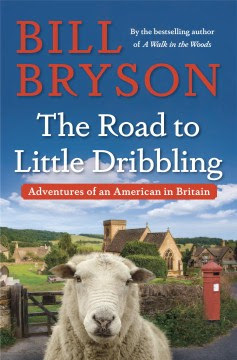 "Twenty years ago, Bill Bryson went on a trip around Britain to discover and celebrate that green and pleasant land... Now he has traveled about Britain again, by bus and train and rental car and on foot, to see what has changed-and what hasn't. Following (but not too closely) a route he dubs the Bryson Line, from Bognor Regis in the south to Cape Wrath in the north, by way of places few travelers ever get to at all, Bryson rediscovers the wondrously beautiful, magnificently eccentric, endearingly singular country that he both celebrates and, when called for, twits."--Amazon.com 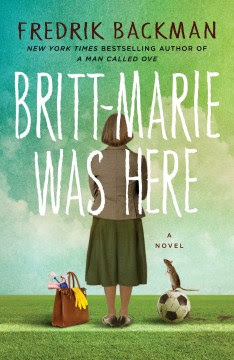 Britt-Marie was Here
by Fredrik Backman

Walking away from her loveless marriage and taking a job in a derelict, financially devastated town, 63-year-old Britt-Marie uses her fierce organizational skills to become a local soccer coach to a group of lost children, becoming a vital community member along the way. 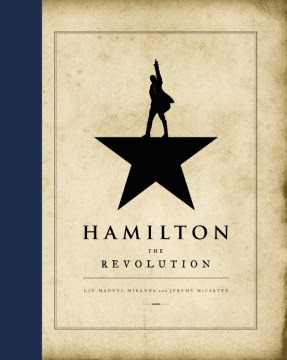 Offers a behind-the-scenes view of Hamilton the musical, detailing the many dramatic episodes in Alexander Hamilton's life. 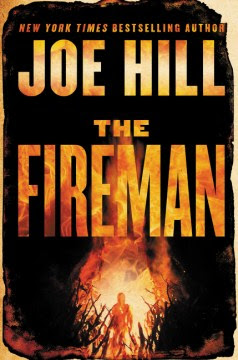 The Fireman
by Joe Hill

When a bizarre virulent plague breaks out in the world's major cities, causing victims to spontaneously combust, a dedicated nurse resolves to survive until her baby is born and receives protection from a mysterious infected man who uses his fire symptoms to help others. 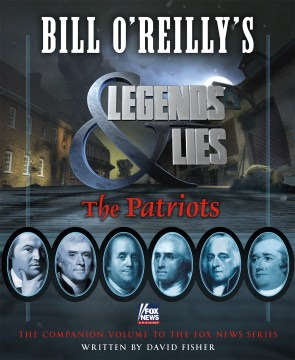 A companion to Bill O'Reilly's docudrama by the same name shares insights into how the American Revolution was a civil war, exploring such events as the child's murder that led to the Boston Massacre, the return of Ben Franklin from the Continental Army's first victory under Washington and the "Swamp Fox" guerrilla campaign. 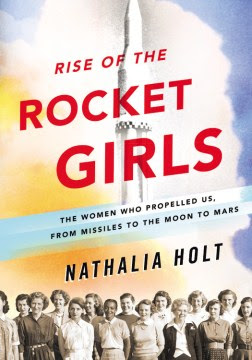 Rise of the Rocket Girls
by Nathalia Holt

Traces the pivotal achievements of the elite female science recruits at the Jet Propulsion Laboratory, where in the mid-20th century they transformed rocket design and enabled the creations of the first American satellites.
Email ThisBlogThis!Share to TwitterShare to FacebookShare to Pinterest
Newer Post Older Post Home