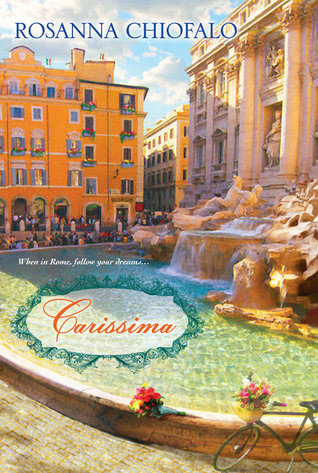 In college, Pia Santore dreamed of going to New York and taking it by storm with her younger sister Erica. Instead, Pia has arrived in Queens with a prestigious journalism internship at a celebrity magazine--and no Erica, the pain of losing her still fresh. Pia's arrival coincides with an unexpected sighting. Italian movie icon Francesca Donata is rumored to be staying nearby, and with the help of a handsome local artist, Pia convinces the legend to grant her a series of interviews, even traveling to her house in Rome. There, Pia begins to unearth the truth behind the star's fabled romances and tangled past--and gradually learns how to love and how to let go.

Identical
by Scott Turow
State Senator Paul Giannis is a candidate for Mayor of Kindle County. His identical twin brother Cass is newly released from prison, 25 years after pleading guilty to the murder of his girlfriend, Dita Kronon. When Evon Miller, an ex-FBI agent who is the head of security for the Kronon family business, and private investigator Tim Brodie begin a re-investigation of Dita's death, a complex web of murder, sex, and betrayal-as only Scott Turow could weave-dramatically unfolds...

The Ghost Bride
by Yangsze Choo

A startlingly original voice makes her literary debut with this wondrous coming-of-age story infused with Chinese folklore, romantic intrigue, adventure, and fascinating, dreamlike twists One evening, my father asked me whether I would like to become a ghost bride. . . . Though ruled by British overlords, the Chinese of colonial Malaya still cling to ancient customs. And in the sleepy port town of Malacca, ghosts and superstitions abound. Li Lan, the daughter of a genteel but bankrupt family, has few prospects. But fate intervenes when she receives an unusual proposal from the wealthy and powerful Lim family. They want her to become a ghost bride for the family's only son, who recently died under mysterious circumstances. Rarely practiced, traditional ghost marriages are used to placate restless spirits. Such a union would guarantee Li Lan a home for the rest of her days, but at a terrible price. After an ominous visit to the opulent Lim mansion, Li Lan finds herself haunted not only by her ghostly would-be suitor, but also by her desire for the Lims' handsome new heir, Tian Bai. Night after night, she is drawn into the shadowy parallel world of the Chinese afterlife, with its ghost cities, paper funeral offerings, vengeful spirits, and monstrous bureaucracy--including the mysterious Er Lang, a charming but unpredictable guardian spirit. Li Lan must uncover the Lim family's darkest secrets--and the truth about her own family--before she is trapped in this ghostly world forever.

Camelot's Court: Inside the Kennedy White House
by Robert Dallek

In his acclaimed biography of JFK, Robert Dallek revealed Kennedy, the man and the leader, as never before. In Camelot's Court, he takes an insider's look at the brain trust whose contributions to the successes and failures of Kennedy's administration were indelible. Kennedy purposefully assembled a dynamic team of advisers noted for their brilliance and acumen, among them Attorney General Robert Kennedy, his "adviser-in-chief"; Secretary of Defense Robert McNamara; Secretary of State Dean Rusk; National Security Adviser McGeorge Bundy; and trusted aides Ted Sorensen and Arthur Schlesinger. Yet the very traits these men shared also created sharp divisions. Far from unified, JFK's administration was an uneasy band of rivals whose personal ambitions and clashing beliefs ignited fiery debates behind closed doors. With skill and balance, Dallek details the contentious and critical issues of Kennedy's years in office, including the Bay of Pigs, the Cuban Missile Crisis, civil rights, and Vietnam. He illuminates a president who believed deeply in surrounding himself with the best and the brightest, yet who often found himself disappointed in their recommendations. The result is a striking portrait of a leader whose wise resistance to pressure and adherence to personal principles, particularly in matters of foreign affairs, offer a cautionary tale for our own time. Meticulously researched and masterfully written, Camelot's Court is an intimate tour of a tumultuous White House and a new portrait of the men whose powerful influence shaped the Kennedy legacy.

In "Sister Mother Husband Dog," Delia Ephron brings her trademark wit and effervescent prose to a series of autobiographical essays about life, love, sisterhood, movies, and family. In "Losing Nora," she deftly captures the rivalry, mutual respect, and intimacy that made up her relationship with her older sister and frequent writing companion. "Blame It on the Movies" is Ephron's wry and romantic essay about surviving her disastrous twenties, becoming a writer, and finding a storybook ending. "Bakeries" is both a lighthearted tour through her favorite downtown patisseries and a thoughtful, deeply felt reflection on the dilemma of having it all. From keen observations on modern living, the joy of girlfriends, and best-friendship, to a consideration of the magical madness and miracle of dogs, to haunting recollections of life with her famed screenwriter mother and growing up the child of alcoholics, Ephron's eloquent style and voice illuminate every page of this superb and singular work.

The King of Sports: Football's Impact on America
by Gregg Easterbrook

Gregg Easterbrook, author of the wildly popular ESPN.com column "Tuesday Morning Quarterback" takes on football's place in American society. Gridiron football is the king of sports - it's the biggest game in the strongest and richest country in the world. Of the twenty most-watched television broadcasts ever, both in the United States and internationally, all twenty were Super Bowls. In "The King of Sports, " Easterbrook tells the full story of how football became so deeply ingrained in American culture. Both good and bad, he examines its impact on American society at all levels of the game. " " "The King of Sports" explores these and many other topics: * The real harm done by concussions (it's not to NFL players). * The real way in which college football players are exploited (it's not by not being paid). * The way football helps American colleges (it's not bowl revenue) and American cities (it's not Super Bowl wins). * What happens to players who are used up and thrown away (it's not pretty). * The hidden scandal of the NFL (it's worse than you think). Using his year-long exclusive insider access to the Virginia Tech football program, where Frank Beamer has compiled the most victories of any active NFL or major-college head coach while also graduating players, Easterbrook shows how one big university "does football right." Then he reports on what's wrong with football at the youth, high school, college and professional levels. Easterbrook holds up examples of coaches and programs who put the athletes first and still win; he presents solutions to these issues and many more, showing a clear path forward for the sport as a whole. Rich with reporting details from interviews with current and former college and pro football players and coaches, "The King of Sports" promises to be the most provocative and best-read sports book of the year.

The Telling Room: a tale of love, betrayal, revenge, and the world's greatest piece of cheese
by Michael Paterniti
In the picturesque village of Guzman, Spain, in a cave dug into a hillside on the edge of town, an ancient door leads to a cramped limestone chamber known as "the telling room." Containing nothing but a wooden table and two benches, this is where villagers have gathered for centuries to share their stories and secrets--usually accompanied by copious amounts of wine. It was here, in the summer of 2000, that Michael Paterniti found himself listening to a larger-than-life Spanish cheesemaker named Ambrosio Molinos de las Heras as he spun an odd and compelling tale about a piece of cheese. An unusual piece of cheese. Made from an old family recipe, Ambrosio's cheese was reputed to be among the finest in the world, and was said to hold mystical qualities. Eating it, some claimed, conjured long-lost memories. But then, Ambrosio said, things had gone horribly wrong. By the time the two men exited the telling room that evening, Paterniti was hooked. Soon he was fully embroiled in village life, relocating his young family to Guzman in order to chase the truth about this cheese and explore the fairy tale-like place where the villagers conversed with farm animals, lived by an ancient Castilian code of honor, and made their wine and food by hand, from the grapes growing on a nearby hill and the flocks of sheep floating over the Meseta. What Paterniti ultimately discovers there in the highlands of Castile is nothing like the idyllic slow-food fable he first imagined. Instead, he's sucked into the heart of an unfolding mystery, a blood feud that includes accusations of betrayal and theft, death threats, and a murder plot. As the village begins to spill its long-held secrets, Paterniti finds himself implicated in the very story he is writing.

﻿﻿﻿﻿﻿
The Year of the Flood
by Margaret Atwood
The long-awaited new novel from the author of "The Handmaid's Tale" and "The Blind Assassin, The Year of the Flood" is a dystopic masterpiece and a testament to Atwood's visionary power.  Ren, a young trapeze dancer locked inside a sex club, and Toby, barricaded in a luxurious spa, both live through the biological disaster predicted by God's Gardeners, a group dedicated to the melding of science and religion, and, with a handful of other survivors, try to figure out how to live in a new, very different world.

Nicholson
by Marc Eliot
The definitive biography of a man with one of the most iconic and fascinating careers -- and lives -- in Hollywood. For five decades, Jack Nicholson has been part of film history. Whether in breakout roles like Easy Rider and Five Easy Pieces, comedies like As Good as It Gets, tearjerkers like Terms of Endearment, villainous turns in films like The Shining and Batman, or legendary parts in One Flew Over the Cuckoo's Nest and A Few Good Men -- where his delivery made "You can't handle the truth!" part of the pop culture lexicon -- Nicholson creates original, memorable characters like no other actor of his generation, and he makes every role truly his own. His personal life has been no less of an adventure -- Nicholson has an affectionate "bad boy" reputation and has dated some of the most famous and beautiful women in the world, including Anjelica Huston and Michelle Phillips. Relying on all-new research and interviews with the insiders who know Nicholson best, acclaimed biographer Marc Eliot explores the actor's upbringing in New Jersey, where he was raised by his grandmother, believing she was his real mother, a dirty family secret that changed his life forever; his start in Hollywood working for legendary animators Hanna and Barbera; and his frequent collaboration with producer and director Roger Corman, who gave him his first role in The Cry Baby Killer. Taking us behind the scenes of Nicholson's films and providing new insight into his private life, Nicholson is the biography fans have been waiting for, and a tribute to a one-of-a-kind life and career.
Email ThisBlogThis!Share to TwitterShare to FacebookShare to Pinterest
Newer Post Older Post Home