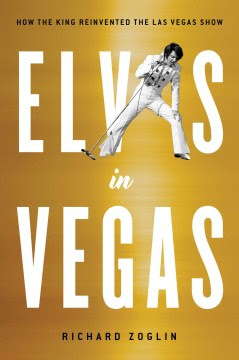 Elvis in Vegas
by Richard Zoglin

The story of how Las Vegas saved Elvis and Elvis saved Las Vegas in the greatest musical comeback of all time. The conventional wisdom is that Las Vegas is what destroyed Elvis Presley, launching him on a downward spiral of drugs, boredom, erratic stage behavior, and eventually his fatal overdose. But in Elvis in Vegas, Richard Zoglin takes an alternate view, arguing that Vegas is where the King of Rock and Roll resurrected his career, reinvented himself as a performer, and created the most exciting show in Vegas history. Elvis’s 1969 opening night in Vegas was his first time back on a live stage in more than eight years. His career had gone sour—bad movies, and mediocre pop songs that no longer made the charts. He’d been dismissed by most critics as over the hill. But in Vegas he played the biggest showroom in the biggest hotel in the city, drawing more people for his four-week engagement than any other show in Vegas history. His performance got rave reviews, “Suspicious Minds” gave him his first number-one hit in seven years, and Elvis became Vegas’s biggest star. Over the next seven years, he performed more than 600 shows there, and sold out every one. Las Vegas was changed too. The intimate night-club-style shows of the Rat Pack, who made Vegas the nation’s premier live-entertainment center in the 1950s and ‘60s, catered largely to well-heeled older gamblers. Elvis brought a new kind of experience: an over-the-top, rock-concert-like extravaganza. He set a new bar for Vegas performers, with the biggest salary, the biggest musical production, and the biggest promotion campaign the city had ever seen. In doing so, he opened the door to a new generation of pop/rock performers, and brought a new audience to Vegas—a mass audience from Middle America that Vegas depends on for its success to this day. A classic comeback tale set against the backdrop of Las Vegas’s golden age, Richard Zoglin’s Elvis in Vegas is a feel-good story for the ages. 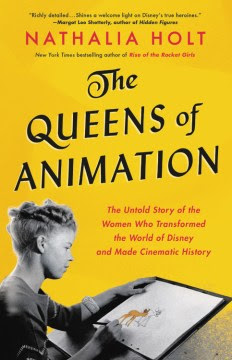 The Queens of Animation
by Nathalia Holt

From Snow White to Moana, from Pinocchio to Frozen, the animated films of Walt Disney Studios have moved and entertained millions. But few fans know that behind these groundbreaking features was an incredibly influential group of women who fought for respect in an often ruthless male-dominated industry and who have slipped under the radar for decades. In The Queens of Animation, bestselling author Nathalia Holt tells their dramatic stories for the first time, showing how these women infiltrated the boys' club of Disney's story and animation departments and used early technologies to create the rich artwork and unforgettable narratives that have become part of the American canon. As the influence of Walt Disney Studios grew---and while battling sexism, domestic abuse, and workplace intimidation---these women also fought to transform the way female characters are depicted to young audiences. With gripping storytelling, and based on extensive interviews and exclusive access to archival and personal documents, The Queens of Animation reveals the vital contributions these women made to Disney's Golden Age and their continued impact on animated filmmaking, culminating in the record-shattering Frozen, Disney's first female-directed full-length feature film. 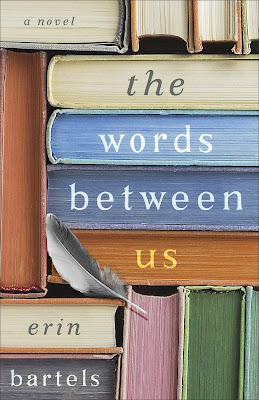 The Words Between Us
by Erin Bartels

Robin Windsor has spent most of her life under an assumed name, running from her family's ignominious past. She thought she'd finally found sanctuary in her rather unremarkable used bookstore just up the street from the marina in River City, Michigan. But the store is struggling and the past is hot on her heels. When she receives an eerily familiar book in the mail on the morning of her father's scheduled execution, Robin is thrown back to the long-lost summer she met Peter Flynt, the perfect boy who ruined everything. That book--a first edition Catcher in the Rye--is soon followed by the other books she shared with Peter nearly twenty years ago, with one arriving in the mail each day. But why would Peter be making contact after all these years? And why does she have a sinking feeling that she's about to be exposed all over again? With evocative prose that recalls the classic novels we love, Erin Bartels pens a story that shows that words--the ones we say, the ones we read, and the ones we write--have more power than we imagine. 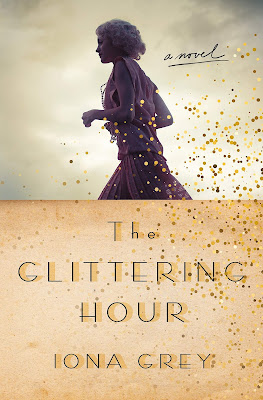 The Glittering Hour
by Iona Grey

Award-winning author Iona Grey's next unforgettable historical about true love found and lost and the secrets we keep from one another. Selina Lennox is a Bright Young Thing. Her life is a whirl of parties and drinking, pursued by the press and staying on just the right side of scandal, all while running from the life her parents would choose for her. Lawrence Weston is a penniless painter who stumbles into Selina's orbit one night and can never let her go even while knowing someone of her stature could never end up with someone of his. Except Selina falls hard for Lawrence, envisioning a life of true happiness. But when tragedy strikes, Selina finds herself choosing what's safe over what's right. Spanning two decades and a seismic shift in British history as World War II approaches, Iona Grey's The Glittering Hour is an epic novel of passion, heartache and loss. 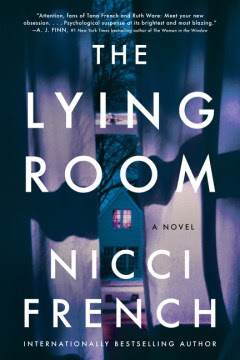 The Lying Room
by Nicci French

It should have been just a mid-life fling. A guilty indiscretion that Neve Connolly could have weathered. An escape from twenty years of routine marriage to her overworked husband, and from her increasingly distant children. But when Neve pays a morning-after visit to her lover, Saul, and finds him brutally murdered, their pied-à-terre still heady with her perfume, all the lies she has so painstakingly stitched together threaten to unravel. After scrubbing clean every trace of her existence from Saul’s life—and death—Neve believes she can return to normal, shaken but intact. But she can’t get out of her head the one tormenting question: what was she forgetting? An investigation into the slaying could provide the answer. It’s brought Detective Chief Inspector Alastair Hitching, and Neve’s worst fears, to her door. But with every new lie, every new misdirection to save herself, Neve descends further into the darkness of her betrayal—and into more danger than she ever imagined. Because Hitching isn’t the only one watching Neve. So is a determined killer who’s about to make the next terrifying move in a deadly affair….
Email ThisBlogThis!Share to TwitterShare to FacebookShare to Pinterest
Newer Post Older Post Home