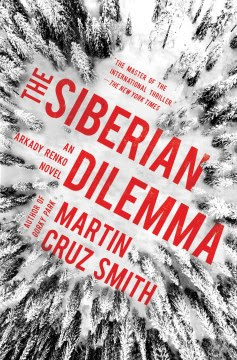 Journalist Tatiana Petrovna is on the move. Arkady Renko, iconic Moscow investigator and Tatiana’s part-time lover, hasn’t seen her since she left on assignment over a month ago. When she doesn’t arrive on her scheduled train, he’s positive something is wrong. No one else thinks Renko should be worried—Tatiana is known to disappear during deep assignments—but he knows her enemies all too well and the criminal lengths they’ll go to keep her quiet. Renko embarks on a dangerous journey to find Tatiana and bring her back. From the banks of Lake Baikal to rundown Chita, Renko slowly learns that Tatiana has been profiling the rise of political dissident Mikhail Kuznetsov, a golden boy of modern oil wealth and the first to pose a true threat to Putin’s rule in over a decade. Though Kuznetsov seems like the perfect candidate to take on the corruption in Russian politics, his reputation becomes clouded when Boris Benz, his business partner and best friend, turns up dead. In a land of shamans and brutally cold nights, oligarchs wealthy on northern oil, and sea monsters that are said to prowl the deepest lake in the world, Renko needs all his wits about him to get Tatiana out alive. 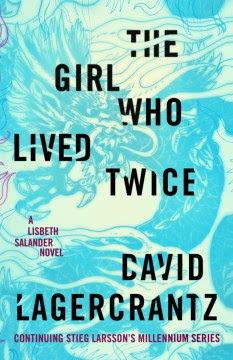 The Girl who Lived Twice
by David Lagercrantz

Lisbeth Salander--the fierce, unstoppable girl with the dragon tattoo--has disappeared. She's sold her apartment in Stockholm. She's gone silent electronically. She's told no one where she is. And no one is aware that at long last she's got her primal enemy, her twin sister, Camilla, squarely in her sights. Mikael Blomkvist is trying to reach Lisbeth. He needs her help unraveling the identity of a man who lived and died on the streets in Stockholm--a man who does not exist in any official records and whose garbled last words hinted at possible damaging knowledge of people in the highest echelons of government and industry. In his pocket was a crumpled piece of paper with Blomkvist's phone number on it. 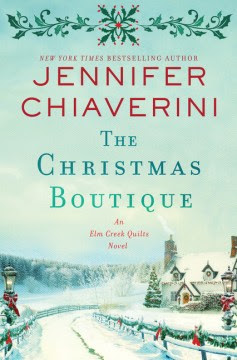 The Christmas Boutique
by Jennifer Chiaverini

Just weeks before Christmas, severe wintry weather damages the church hall hosting the Christmas Boutique—an annual sale of handcrafted gifts and baked goods that supports the county food pantry. Determined to save the fundraiser, Sylvia Bergstrom Compson offers to hold the event at Elm Creek Manor, her ancestral family estate and summertime home to Elm Creek Quilt Camp. In the spirit of the season, Sylvia and the Elm Creek Quilters begin setting up market booths in the ballroom and decking the halls with beautiful hand-made holiday quilts. Each of the quilters chooses a favorite quilt to display, a special creation evoking memories of holidays past and dreams of Christmases yet to come. Sarah, a first-time mother expecting twins, worries if she can handle raising two babies, especially with her husband so often away on business. Cheerful, white-haired Agnes reflects upon a beautiful appliqué quilt she made as a young bride and the mysterious, long-lost antique quilt that inspired it. Empty nesters and occasional rivals Gwen and Diane contemplate family heirlooms and unfinished projects as they look forward to having their children home again for the holidays. But while the Elm Creek Quilters work tirelessly to make sure the Christmas Boutique happens, it may take a holiday miracle or two to make it the smashing success they want it to be. 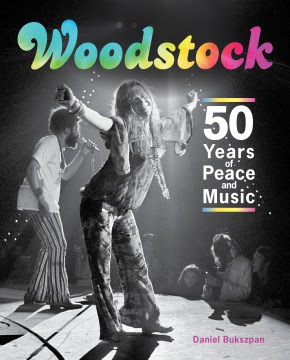 Woodstock : 50 years of peace and music
by Daniel Bukszpan