In GMO-Free Child you will discover why genetically modified food is so controversial and how it could be affecting the health of your child. What many doctors are reporting about GMOs and how they have been affecting their patients. Why adopting a healthy GMO-Free lifestyle is the best health insurance money can buy.
In addition, we will explore a variety of tips, tricks and tools to help you raise your GMO-Free child. Featuring personal interviews with GMO-Free champions Jeffrey Smith (Institute for Responsible Technology), Diana Reeves (GMO Free USA) and Amber King (Moms Across America) and testimonials from several GMO-Free moms that will help guide you from farm to table with confidence and conviction. This is the GMO-Free guide you've been waiting for, packed with resources galore, including kid-friendly and allergy-free recipes that are guaranteed to warm the heart and nourish the body. Warning: You might expect any or all of the following serious side effects: improved digestion, loss of allergies, better sleep, stronger immunity, improved moods, higher functioning, better behavior and clearer thinking. As a powerful voice for your right to know what you are feeding your family, April Scott is the "Cleanfood Advocate." She believes that America is ignoring a public health emergency that is perpetuating a silent storm of illness and disease upon our vulnerable children. 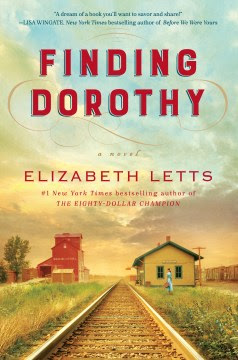 Behind the most famous movie ever made is a tale of love, magic and one incredible woman Hollywood, 1938: As soon as she learns that M-G-M is adapting her late husband's masterpiece, THE WONDERFUL WIZARD OF OZ, for the screen, Maud Gage Baum sets about trying to visit the set.Nineteen years after Frank's passing, Maud is the only person who can help the producers stay true to the spirit of the book - because she's the only one left who knows its secrets...But the moment she hears Judy Garland rehearsing the first notes of 'Over the Rainbow', Maud recognizes the yearning that defined her own life story, from her rebellious youth as a suffragette's daughter to her coming of age as one of the first women in the Ivy League, from her blossoming romance with Frank to the hardscrabble prairie years that inspired his famous work. With the young actress under pressure from the studio as well as her ambitious stage mother, Maud resolves to protect her - the way she tried so hard to protect the real Dorothy.This richly imagined novel tells the story behind THE WONDERFUL WIZARD OF OZ, the book that inspired the iconic film, through the eyes of author L. Frank Baum's intrepid wife, Maud. 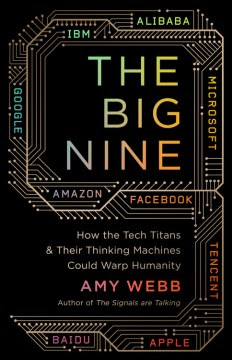 The Big Nine
by Amy Webb

We like to think that we are in control of the future of "artificial" intelligence. The reality, though, is that we--the everyday people whose data powers AI--aren't actually in control of anything. When, for example, we speak with Alexa, we contribute that data to a system we can't see and have no input into--one largely free from regulation or oversight. The big nine corporations--Amazon, Google, Facebook, Tencent, Baidu, Alibaba, Microsoft, IBM and Apple--are the new gods of AI and are short-changing our futures to reap immediate financial gain. In this book, Amy Webb reveals the pervasive, invisible ways in which the foundations of AI--the people working on the system, their motivations, the technology itself--are broken. Within our lifetimes, AI will, by design, begin to behave unpredictably, thinking and acting in ways which defy human logic. The big nine corporations may be inadvertently building and enabling vast arrays of intelligent systems that don't share our motivations, desires, or hopes for the future of humanity. Much more than a passionate, human-centered call-to-arms, this book delivers a strategy for changing course, and provides a path for liberating us from algorithmic decision-makers and powerful corporations. 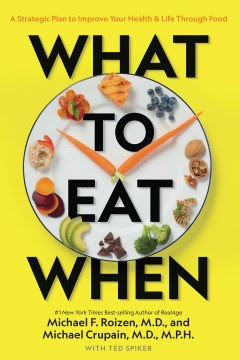 What to Eat When
by Michael F. Roizen, M.D.

NY Times best-selling author Dr. Michael Roizen reveals how the food choices you make each day--and when you make them--can affect your health, your energy, your sex life, your waistline, your attitude, and the way you age. What if eating two cups of blueberries a day could prevent cancer? If drinking a kale-infused smoothie could counteract missing an hour's worth of sleep? When is the right time of day to eat that chocolate chip cookie? And would you actually drink that glass of water if it meant skipping the gym? This revolutionary guide reveals how to use food to enhance our personal and professional lives--and increase longevity to boot. What to Eat When is not a diet book. Instead, acclaimed internist Michael Roizen and preventive medicine specialist Michael Crupain offer readers choices that benefit them the most--whether it's meals to help them look and feel younger or snacks that prevent diseases--based on the science that governs them. 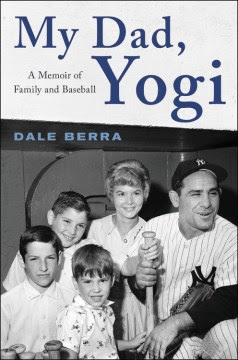 My Dad, Yogi
by Dale Berra

A candid and nostalgic father-son memoir by Dale Berra, providing a unique perspective on his legendary Hall of Fame dad, the inimitable and highly quotable Yogi Berra. Everyone knows Yogi Berra, the American icon. He was the backbone of the New York Yankees through ten World Series Championships, managed the National League Champion New York Mets in 1973, and had an ingenious way with words that remains an indelible part of our lexicon. But no one knew him like his family did. My Dad, Yogi is Dale Berra's chronicle of his unshakeable bond with his father, as well as an intimate portrait of one of the great sports figures of the 20th Century. When Yogi wasn't playing or coaching, or otherwise in the public eye, he was home in the New Jersey suburbs, spending time with his beloved wife, Carmen, and his three boys, Larry, Tim, and Dale. Dale presents--as only a son could--his family's history, his parents' enduring relationship, and his dad's storied career. Throughout Dale's youth, he had a firsthand look at the Major Leagues, often by his dad's side during Yogi's years as a coach and manager. The Berra's lifelong family friends included Joe DiMaggio, Mickey Mantle, and Whitey Ford. It's no coincidence that all three Berra sons were inspired to play sports constantly, and that all three became professional athletes, following in their dad's footsteps. Dale came up with the Pittsburgh Pirates, contributing to their 1979 championship season and emerging as one of baseball's most talented young players. After three strong seasons, Dale was traded to New York, briefly united with his dad in the Yankee dugout. But there was also an extraordinary challenge developing. Dale was implicated in a major cocaine scandal involving some of the biggest names in the sport, and his promising career was ultimately cut short by his drug problem. Yogi supported his son all along, eventually staging the intervention that would save Dale's life, and draw the entire family even closer. My Dad, Yogi is Dale's tribute to his dad--a treat for baseball fans, and a poignant story for fathers and sons everywhere. 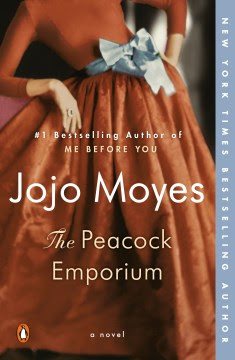 The Peacock Emporium
by Jojo Moyes

In the Sixties, Athene Forster is the most glamorous girl of her generation. She is also beautiful, spoilt, and out of control. Two years after her marriage to the steady young heir to the farming estate, the rumors have already begun to circulate about Athene's affair with a young salesman. Thirty-five years on, Suzanna Peacock is struggling with her glamorous mother's legacy. The only place she finds comfort is in her shop, The Peacock Emporium, a coffee shop-cum-curio store, which provides a haven for other misfits in the town. There she makes perhaps the first real friends of her life, including Alejandro, a male midwife, escaping his own ghosts in Argentina. But the spectre of Athene and the shop itself combine to set in place a chain of tragic events, forcing Suzanna to confront the feelings she has disguised for so long-- and her family, in their varying ways, finally to deal with the events of the past. And Suzanna discovers the key to her history, and her happiness, may have been in front of her all along. 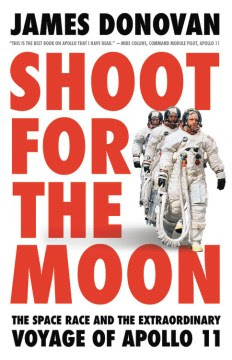 Shoot for the Moon : the space race and the extraordinary voyage of Apollo 11
by James Donovan

Fifty years after the Apollo 11 mission made history, this book tells the epic story of the astronauts, flight controllers and engineers who made it happen. On 20 July 1969, Neil Armstrong and Buzz Aldrin became the first humans to walk on the Moon, a moment ingrained in modern memory. Perhaps the world's greatest technological achievement – and a triumph of spirit and ingenuity ‒ the Apollo 11 mission and the Apollo program was a mammoth undertaking involving more than 410,000 men and women dedicated to winning the Space Race with the Soviets. Seen through the eyes of those who lived it, Shoot for The Moon reveals the dangers, the challenges and the sheer determination that defined not only Apollo 11, but also the Mercury and Gemini missions that made it possible. Both sweeping and intimate, and based on exhaustive research and dozens of fresh interviews, this is the definitive ‒ and thrilling ‒ account of one of humankind's most extraordinary feats of exploration. 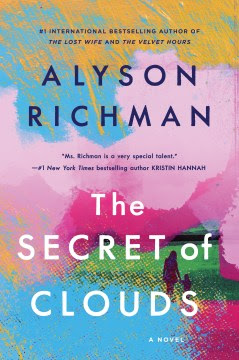 The Secret of Clouds
by Alyson Richman

In her second year teaching sixth grade English, Maggie Topper is chosen for a special assignment: to privately tutor a student with serious health issues that prevent him from attending class with other kids. Though she agrees to the assignment, her decision is clouded with painful memories from her own childhood. It isn't easy for her to make a connection with Yuri Krasny, the son of two Ukrainian immigrants, until Maggie uncovers his passion for baseball. As she uses the sport to get Yuri more interested in her lessons, he begins to slowly open up to her. Piece by piece his story comes together, starting back when his mother, a ballerina in Kiev, met an earnest young student hoping for a better future...before a terrible accident changed their lives forever. Yuri's boundless curiosity and unique wisdom inspire Maggie to make difficult changes in her own life. And she'll never realize just how strong Yuri has made her--until she needs that strength the most...
Email ThisBlogThis!Share to TwitterShare to FacebookShare to Pinterest
Newer Posts Older Posts Home
Subscribe to: Posts (Atom)