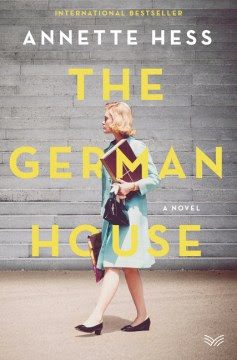 For twenty-four-year-old Eva Bruhns, World War II is a foggy childhood memory. At the war’s end, Frankfurt was a smoldering ruin, severely damaged by the Allied bombings. But that was two decades ago. Now it is 1963, and the city’s streets, once cratered are smooth and paved. Shiny new stores replace scorched rubble. Eager for her wealthy suitor, Jürgen Schoormann, to propose, Eva dreams of starting a new life away from her parents and sister. But Eva’s plans are turned upside down when a fiery investigator, David Miller, hires her as a translator for a war crimes trial. As she becomes more deeply involved in the Frankfurt Trials, Eva begins to question her family’s silence on the war and her future. Why do her parents refuse to talk about what happened? What are they hiding? Does she really love Jürgen and will she be happy as a housewife? Though it means going against the wishes of her family and her lover, Eva, propelled by her own conscience , joins a team of fiery prosecutors determined to bring the Nazis to justice—a decision that will help change the present and the past of her nation. (Goodreads.com) 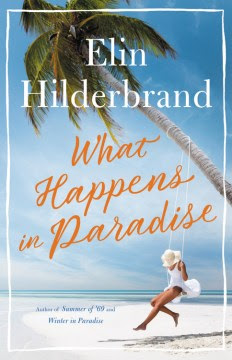 What Happens in Paradise
by  Elin Hilderbrand

A year ago, Irene Steele had the shock of her life: her loving husband, father to their grown sons and successful businessman, was killed in a plane crash. But that wasn't Irene's only shattering news. He'd also been leading a double life on the island of St. John, where another woman loved him, too. Now Irene and her sons are back on St. John, determined to learn the truth about the mysterious life -- and death -- of a man they thought they knew. Along the way, they're about to learn some surprising truths about their own lives, and their futures. (Goodreads.com) 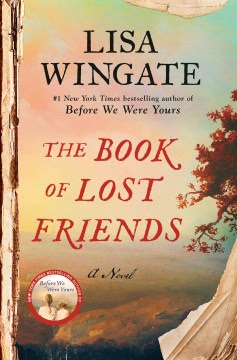 The Book of Lost Friends
by Lisa Wingate

Best-selling author Lisa Wingate brings to life startling stories from actual "Lost Friends" advertisements that appeared in Southern newspapers after the Civil War, as newly freed slaves desperately searched for loved ones who had been sold away. Louisiana, 1875: In the tumultuous era of Reconstruction, three young women set off as unwilling companions on a perilous quest: Hannie, a freed slave; Lavinia, the pampered heir to a now destitute plantation; and Juneau Jane, Lavinia’s Creole half-sister. Each carries private wounds and powerful secrets as they head for Texas, following roads rife with vigilantes and soldiers still fighting a war lost a decade before. For Lavinia and Juneau Jane, the journey is one of stolen inheritance and financial desperation, but for Hannie, torn from her mother and siblings before slavery’s end, the pilgrimage west reignites an agonizing question: Could her long-lost family still be out there? Beyond the swamps lie the limitless frontiers of Texas and, improbably, hope. Louisiana, 1987: For first-year teacher Benedetta Silva, a subsidized job at a poor rural school seems like the ticket to canceling her hefty student debt - until she lands in a tiny, out-of-step Mississippi River town. Augustine, Louisiana, is suspicious of new ideas and new people, and Benny can scarcely comprehend the lives of her poverty-stricken students. But amid the gnarled live oaks and run-down plantation homes lie the century-old history of three young women, a long-ago journey, and a hidden book that could change everything. (Goodreads.com) 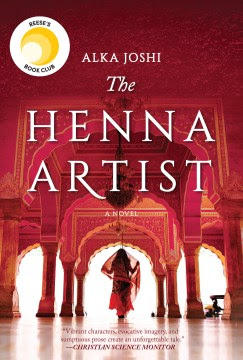 The Henna Artist
by Alka Joshi

Escaping from an abusive marriage, seventeen-year-old Lakshmi makes her way alone to the vibrant 1950s pink city of Jaipur. There she becomes the most highly requested henna artist—and confidante—to the wealthy women of the upper class. But trusted with the secrets of the wealthy, she can never reveal her own. Known for her original designs and sage advice, Lakshmi must tread carefully to avoid the jealous gossips who could ruin her reputation and her livelihood. As she pursues her dream of an independent life, she is startled one day when she is confronted by her husband, who has tracked her down these many years later with a high-spirited young girl in tow—a sister Lakshmi never knew she had. Suddenly the caution that she has carefully cultivated as protection is threatened. Still she perseveres, applying her talents and lifting up those that surround her as she does. (Goodreads.com) 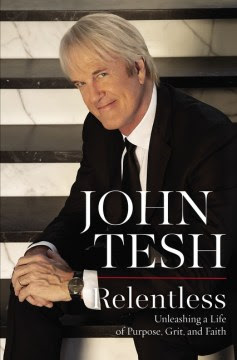 In this engrossing memoir, Tesh describes how the obstacles that shaped him—including being suspended from college, living homeless for months, and facing a deadly disease—shaped his remarkable life. You’ll hear, in never-before-told stories, how Tesh became the youngest correspondent at WCBS News less than thirty-six months after he was working at a gas station and sleeping in a public park. You’ll go inside the unconventional way he composed the now-iconic theme song for NBC Sports basketball and how he and his wife, Connie Sellecca, created the popular, nationally-syndicated Intelligence for Your Life radio program. From live commentary for two Olympic Games to his decade-long role as co-host of Entertainment Tonight and the outrageous gamble that resulted in one of the most successful Public Television concert specials in history, you’ll learn how Tesh applied his unique process of focused practice, grit, and perseverance while maintaining a single-minded pursuit of his goals. In 2015, he fought and received treatment for a stage-three cancer diagnosis, but when the cancer returned, he and his wife turned to relentless faith and divine healing scriptures to manifest a victory over the disease.  Relentless is an astonishing story of how obstacles create opportunity and how faith will lead to triumph. (Goodreads.com) 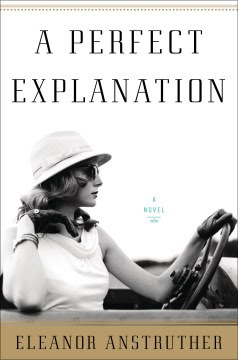 A Perfect Explanation
by Eleanor Anstruther

Enid Campbell, granddaughter of a duke, grew up surrounded by servants, wanting for nothing except love. But when her brother died in the First World War, a new heir was needed, and it was up to Enid to provide it. A troubled marriage and three children soon followed. Broken by postpartum depression, overwhelmed by motherhood and a loveless marriage, Enid made the shocking decision to abandon her family, thereby starting a chain of events—a kidnap, a court case, and selling her son to her sister for £500—that reverberated through the generations. (Goodreads.com)
Hidden Valley Road

by Robert Kolker
Don and Mimi Galvin seemed to be living the American dream. After World War II, Don's work with the Air Force brought them to Colorado, where their twelve children perfectly spanned the baby boom: the oldest born in 1945, the youngest in 1965. In those years, there was an established script for a family like the Galvins--aspiration, hard work, upward mobility, domestic harmony--and they worked hard to play their parts. But behind the scenes was a different story: psychological breakdown, sudden shocking violence, hidden abuse. By the mid-1970s, six of the ten Galvin boys, one after the other, were diagnosed as schizophrenic. How could all this happen to one family? What took place inside the house on Hidden Valley Road was so extraordinary that the Galvins became one of the first families to be studied by the National Institutes of Mental Health. (Provided by publisher)

American Sherlock
by Kate Winkler Dawson
Berkeley, California, 1933. In a lab filled with curiosities--beakers, microscopes, Bunsen burners, and hundreds upon hundreds of books--sat an investigator who would go on to crack at least two thousand cases in his forty-year career. Known as the "American Sherlock Holmes," Edward Oscar Heinrich was one of America's greatest--and first--forensic scientists, with an uncanny knack for finding clues, establishing evidence, and deducing answers with a skill that seemed almost supernatural. Heinrich was one of the nation's first expert witnesses, working in a time when the turmoil of Prohibition led to sensationalized crime reporting and only a small, systematic study of evidence. However with his brilliance, and commanding presence in both the courtroom and at crime scenes, Heinrich spearheaded the invention of a myriad of new forensic tools that police still use today, including blood spatter analysis, ballistics, lie-detector tests, and the use of fingerprints as courtroom evidence. His work, though not without its serious--some would say fatal--flaws, changed the course of American criminal investigation. Based on years of research and thousands of never-before-published primary source materials, American Sherlock captures the life of the man who pioneered the science our legal system now relies upon--as well as the limits of those techniques and the very human experts who wield them. (Provided by Publisher)
Email ThisBlogThis!Share to TwitterShare to FacebookShare to Pinterest
Older Post Home